Lately we have been and are experiencing some extremely stressful times here at home, so it was nut just good to get out for even just one night, but very, very needed too.

Last weekend saw me at our local charcoal kiln again. It has been 3 years since the last time, since I can not actually do much there anymore. And because I felt I would only get in the way, I stopped participating.
However this year they were dealing with a lot of issues in getting the schedule for watching the kiln covered. It has to be a 24/7 watch the first week after lighting it, so my wife and I volunteered to take the last 24hr pass. That usually is the least physically demanding one, which in effect means sitting near a fire, drinking coffee, meeting the people who come to visit, explain what charcoal burning is and means... is essence be a tourist guide.
So last saturday was our turn, from 22:00 until sunday evening 22:00. We showed up at 20:45... and were greeted by the "guardian" and her sons..... and an enormous mess! There was junk, leftover packaging and food, cans etc everywhere! One week of garbage seemed to have been piled all around the shelter. Not a nice way to start. But we gritted our teeth (I really hate such a mess and want to start cleaning it up right away), sat down and chatted for about an hour until the others left. As soon as they had we stoked the fire, put on our headlights and started cleaning, putting away the worst of it all; the food leftovers.
Don't want any animals to start ransacking the place during the night.
After that we could enjoy the crackling fire, still night, the darkness and the rising moon in peace. 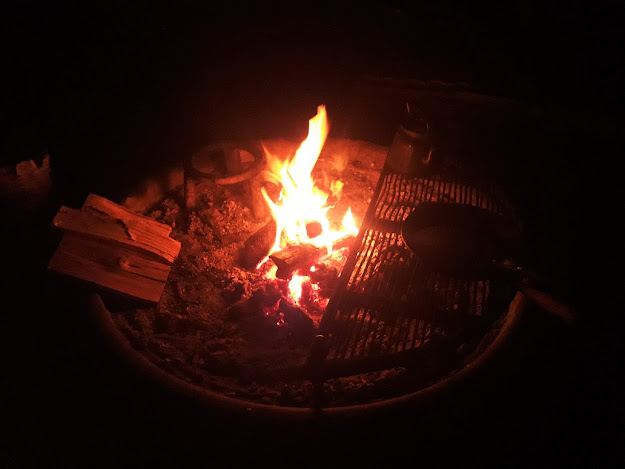 We also had to do some cleaning in the coaler's cabin. Here too all sorts of stuff was piled up, mainly of the table, but also firewood was strewn on the floor. And it was hot in there!! They had kept a fire going 24/7 in there too for the past week! Felt like a sauna! So we opened the cabin door and left it open all through the night. 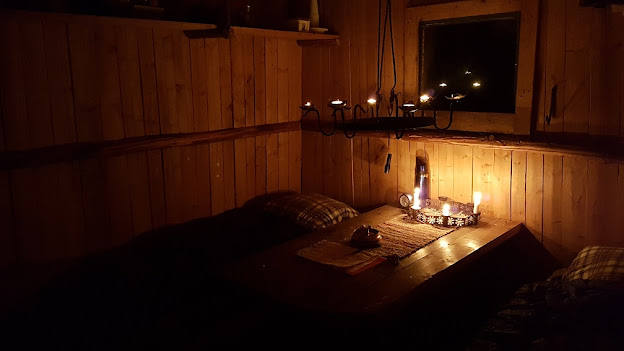 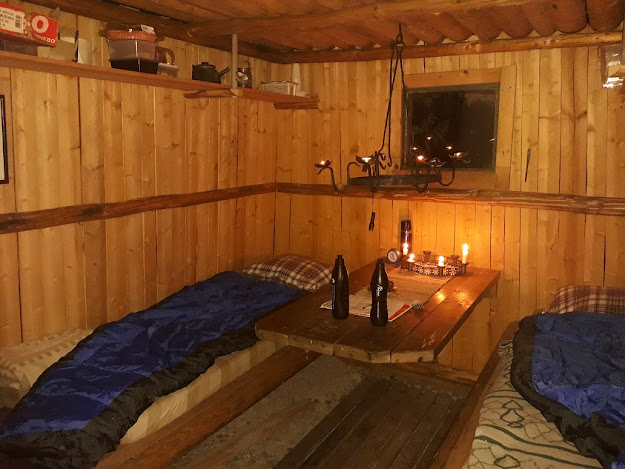 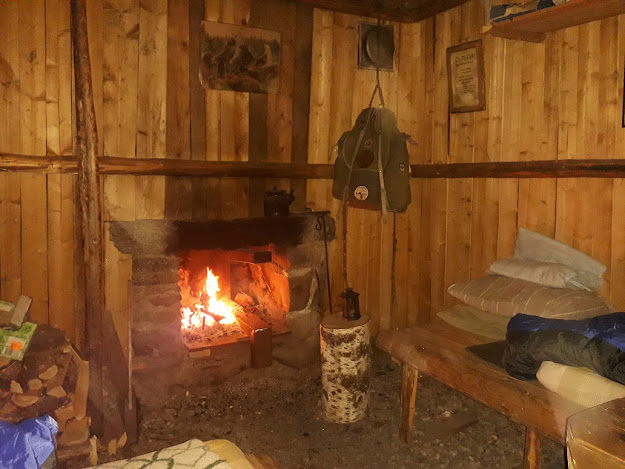 Sunday morning saw us rise early, but the night had not been entirely peaceful.
First of all we were startled out of our bunks at around 00:30, when we heard a car coming up the gravelroad! Since it by no means is a coming road to take, it meant the someone was deliberately coming here. At this hour. We shot into our cloths and were greeted by a young man, clearly being tanked up, beer bottle in hand. Behind him was a ramshackle Volvo with a young woman behind the wheel, who, for reasons unknown, would not leave the car.
We asked him what his business was, but he was unable to give us a convincing story. However he turned rather quickly and they left. Sleep however eluded us for a while after that.
I was also kept awake by some rather noisy neighbours. Clearly a nest of scurrying critters was located in the wall right next to me. But eventually I fell asleep too, awakening again at about 06:30.
The air was fresh, moisture laden with a distinct hint of a fire gone out, but without the scent of charcoal... 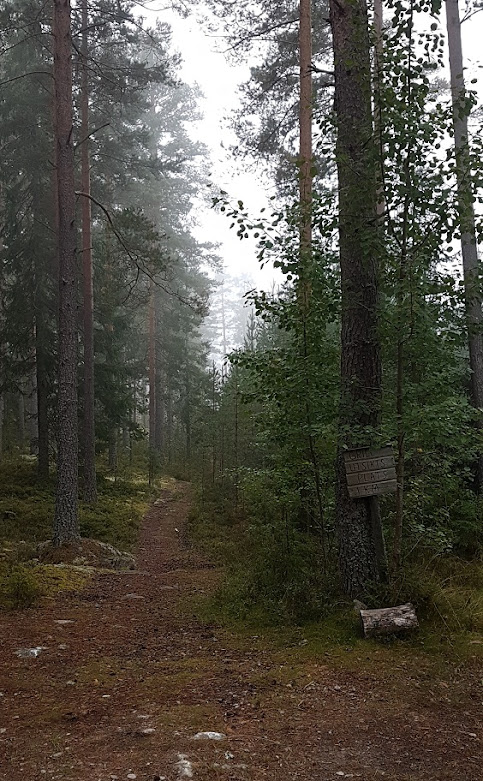 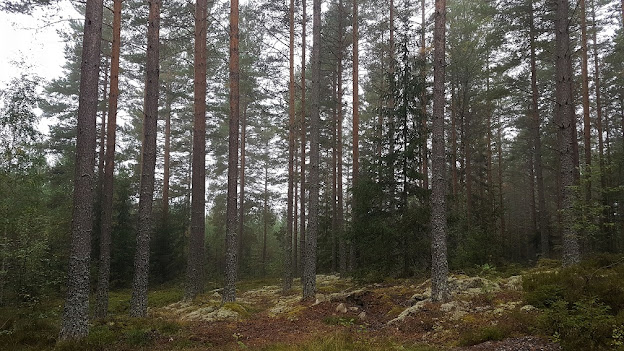 My wife stoked the fire again and while she started making breakfast I opened up all the air inlets around the base of the kiln to get the process going again and get the bottom to char up as well. 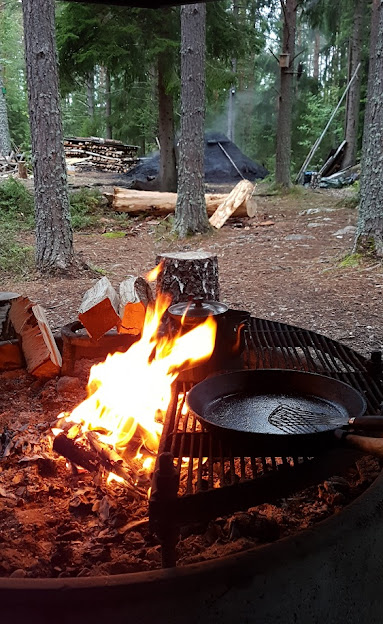 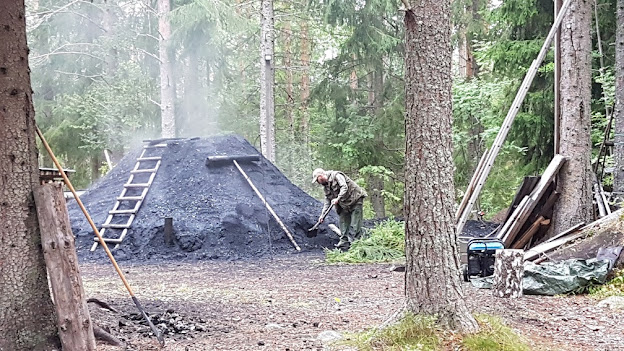 After a lengthy breakfast, no rushing that out there, she would have to leave. Some friends of ours needed help and since kiln was slow and peaceful ( they can be temperamental at first) I would remain here by myself. That would give me some hours alone, especially if the weather would remain overcast. But before she left I could do some early morning gymnastics to get the nourishment pumping through my system; axe throwing!
My first throw landed smack in the middle! By sheer accident and luck, I assure you. The second landed right next to it..... 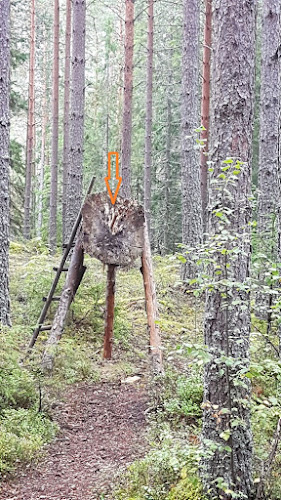 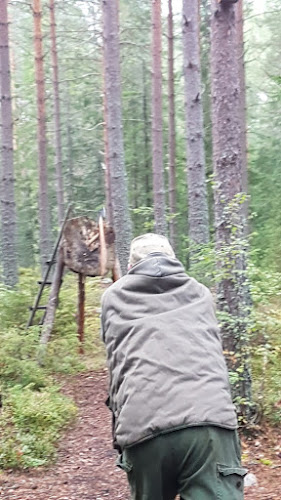 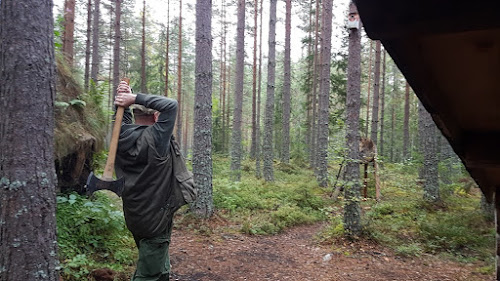 I actually am quite normal, really.... 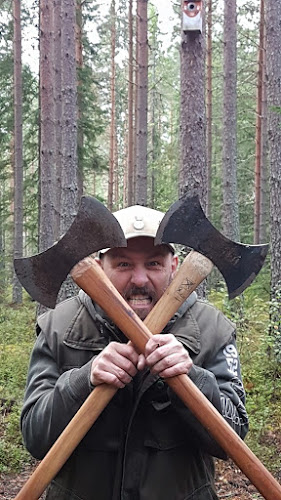 It didn't take long though before I had to lay down the toys. We packed all that I would no longer need during the day into the car and she left me and my mind to our own.
After she had gone I cleaned up the place thoroughly. I can not and will not stand a mess or chaos around the place. 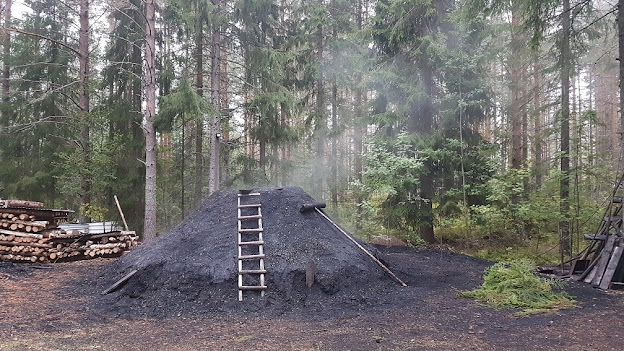 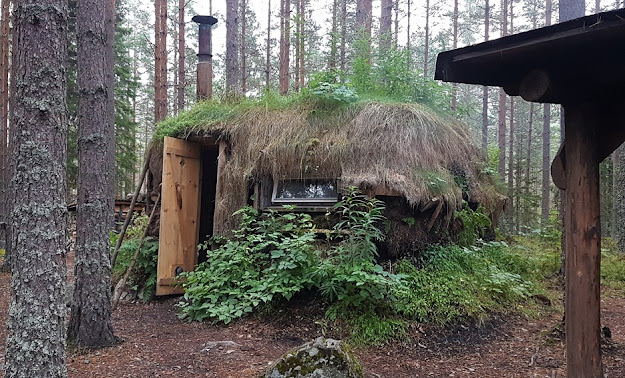 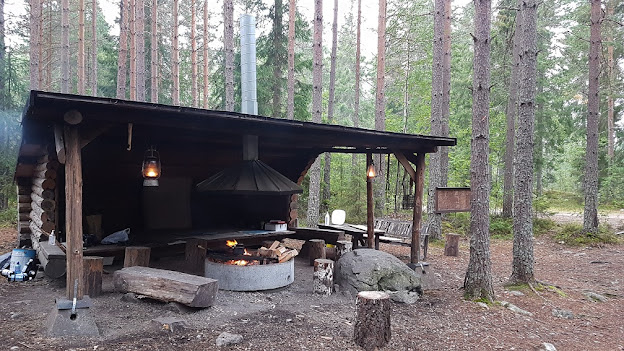 I had brought something to do during the hours of solitude. Something to work on myself and some skills to practice: flint & steel, charcloth making and my nemesis.... knots!!

However I found myself having a hard time focusing as I sat there, mind wondering off and going quiet.
The sky started to clear, the sun came out and quite soon the first people started to show up. Gone was the silence. First it was filled by some senior tourists, who had all sorts of questions, only to be followed by families with young kids around lunchtime, as I had anticipated.
Around 14:00 my scheduled fellow coaler showed up and people kept coming and going. Until the sky darkened and rain started to fall at around 15:00.
Initially we had planned on closing down the kiln at 20:00, so that she could be laid to rest. (It is always a she! And she always gets a female name, coupled to one of the coalers. Doing otherwise brings bad luck and trouble!) But we closed her up earlier, at 18:00. That means closing any and all vents and holes, compacting the cover over the coal, packing away any gear no longer needed.

Now she will lay there for another week, cooling down, maybe simmer a bit on some last pieces of not fully charred wood. Come saturday she will be opened up, the coal spread to cool over nigh, which then will get packed on sunday.

It was good to be out there....
I felt I left a slightly better man than I was when I entered the place. 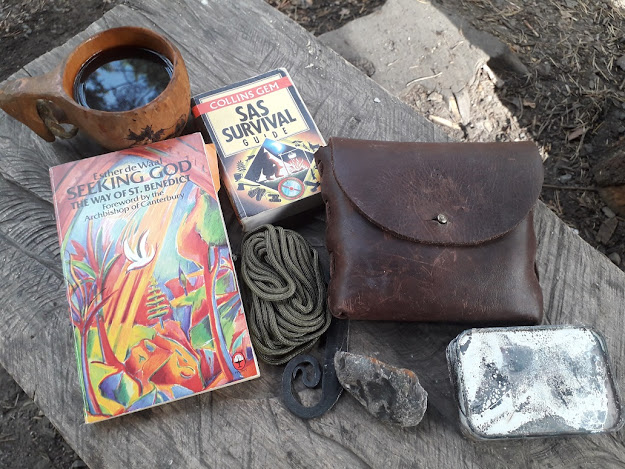 Email ThisBlogThis!Share to TwitterShare to FacebookShare to Pinterest
Etiketter: Charcoal making - kolmila, Out and about