The start of the season 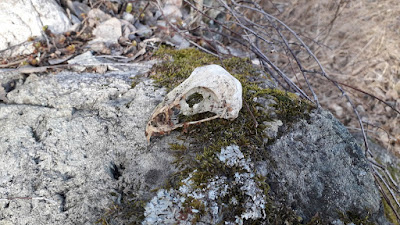 Last weekend saw the, for me, "official" start of the gardening season; 21st of march is the meteorological start of spring, it was weekend and the weather played along perfectly!
It almost traditionally starts with the cleaning up of the garden, removing all the branches and debris that has fallen from the trees, so the threads of the grass trimmer do not get caught up in it. It also is a good occasion to remove all the scrap that had been left before winter, pots that had frozen to pieces etc.

With all this covid-19 hysteria going on, it sure felt good to slow down and get down to earth. And what better way than to get a fire going as well. That too has become tradition; the burning of the twigs and branches. Sort of season's first fire out in the open. 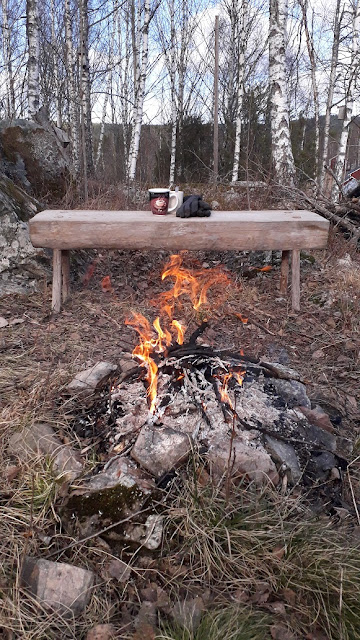 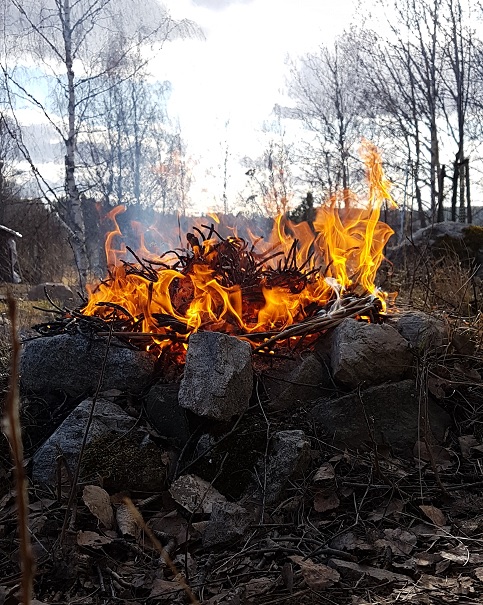 On sunday I also used the occasion to teach my son how to handle a chainsaw. I have an electrical one, which is ideal for that; not too heavy, not too much power and not extremely noisy (or smelly), making it easier to communicate during handling. But first he and his sister had to do some physical labour; carry the logs up to the place where we usually split the firewood. After going through the do's and don'ts plus some technicalities he was ready to "wield it". My oldest daughter helped a great deal with stacking the wood after it was cut into pieces and she had a go at the chainsaw as well. So now he knows how to handle such a tool and she is less cocky about handling one. It was fun doing it together; qualitytime spent wisely I'd say. 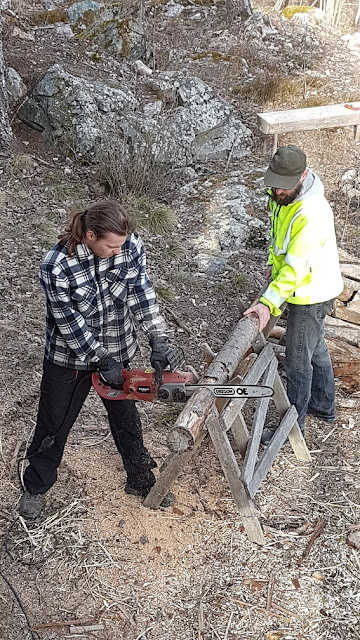