Browsing through my sparse posts from this summer I saw that I did not post about this meet! Completely slipped through! How embarassing!
I make up for it. Right here. Right now!

The weekend of 23-25 of august this year saw the materialisation of our local outdoorgroup's first annual meet, which was held in Dalarna, Sweden.
Due to prior commitments, an exercise of the local civil defense/service group with calamities during saterurday morning and early afternoon, and ongoing physical issues, can not sleep on hard surfaces or handle any sort of equipment worth a name, I attended said meeting as an ornament for the campfire site. This left me pendling back and forth of friday and saturday. 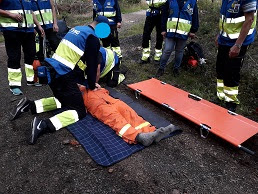 The weather played along very nicely and the heavens dispersed their sometimes heavy showers during the friday morning, leaving us with clear skies for the rest of the weekend and balmy temperatures well into the 20's Celsius.
Much of the meeting was taken up by canoeing, which I did not parttake in, bowshooting, same there and some bowdrill practice.... you guessed it. Which left me with smalltalk, grilling and coffee drinking. It could be worse!
On my way in I was treated to a fine example of Swedish railway planning. A long freighttrain approached the same crossing as I was, in the middle of the woods, "far" from civilisation and had to stop there..... right across the crossing! Leaving me standing there for a good 25-30 minutes..
The locomotive to the right.... 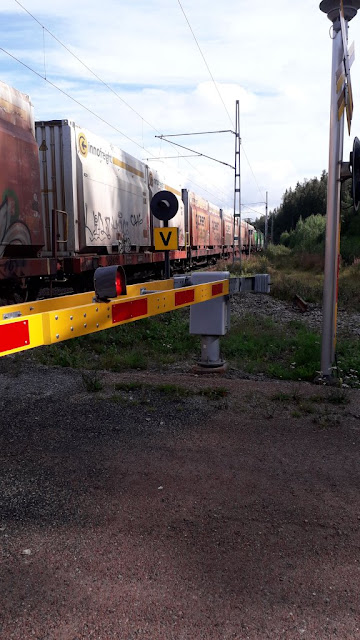 And the rest of the train disappearing into the distance to the left.... 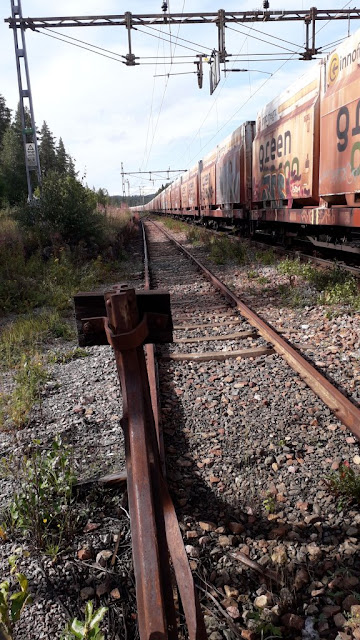 This was a nice opportunity to try out a recent gift I had received; a Haglöfs daypack from the 60's, back from the days when that company still was a local company.
I did add some personal touches and you can expect a more detailed review on a blog near you, soon! 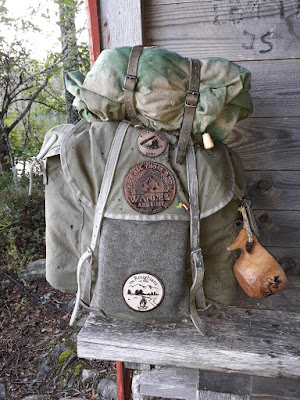 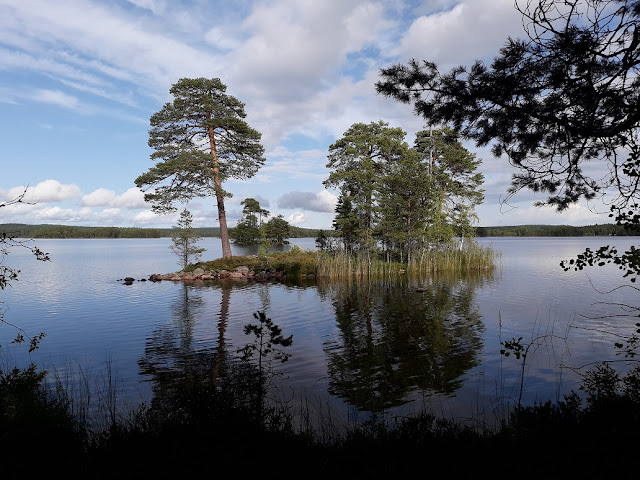 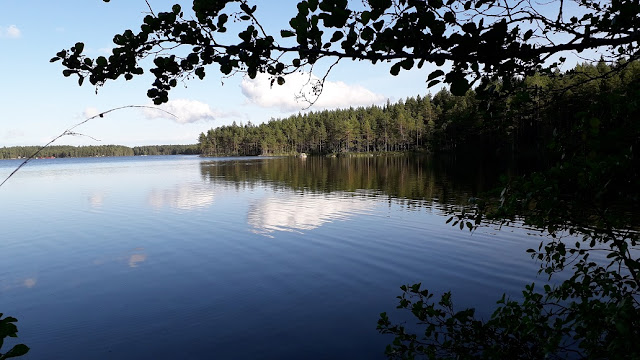 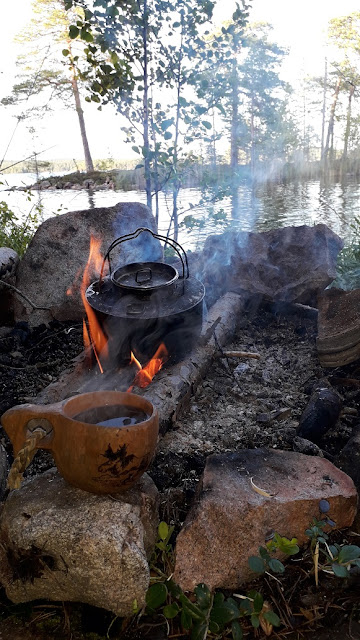 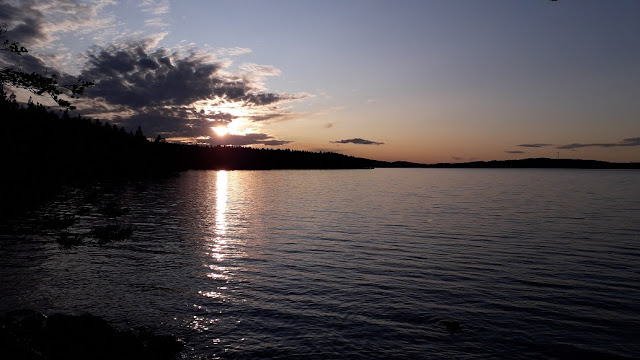 Something for the canoe-lovers!
The second one, white&red, is called "Selma and she's a lady of a respectable age! She saw the light of day in 1937 and is made out of wood and canvas! 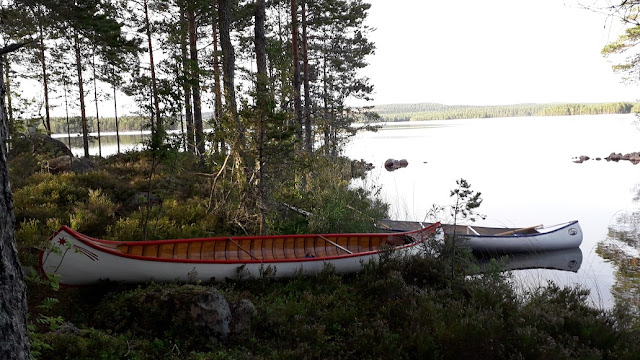 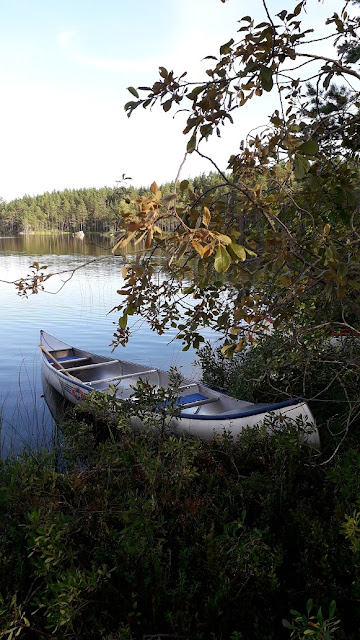 We had a bit of a close encounter with a large group of great crested grebes or skäggdopping (Podiceps cristatus).
These were not scared of us one bit and I got to watch them at very close range!
Some of the guys were fishing and as one of them casted his bait the entire group rushed toward it, blowing all his chances of catching anything!
Not that there was much left anyway, since these birds proved to be very effective in catching the fish themselves! 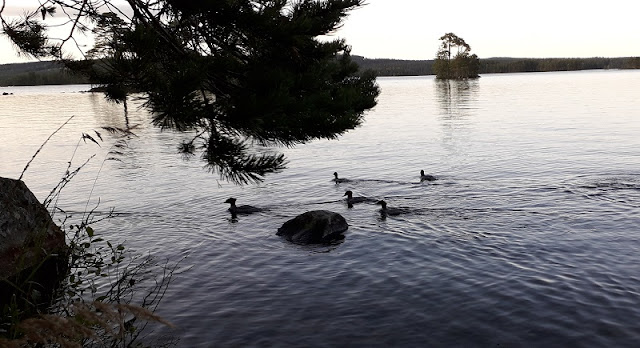