Clearing college cobwebs from my head


Recently I have gone back to school. Being only 16 months away from the big "Five-Oh" this isn't an easy task, especially considering that it was 30 years ago, since I left the schoolbenches.

So I had to go out, clear my head after the first weeks of classrooms, lectures and severe social interaction and today was a fine, yet rather windy day.

Initially I headed out to scout out a new area for a midwintermeet I am planning for our group here, but the location I had in mind turned out to be a disappointment. The old fäbod (forestfarm) is in disrepair and draughty, the roof falls apart and there was no possibility to stay the night inside and have a fire.
The surrounding area has suffered from a clear cut too.
Too bad really. The location in itself was rather good. 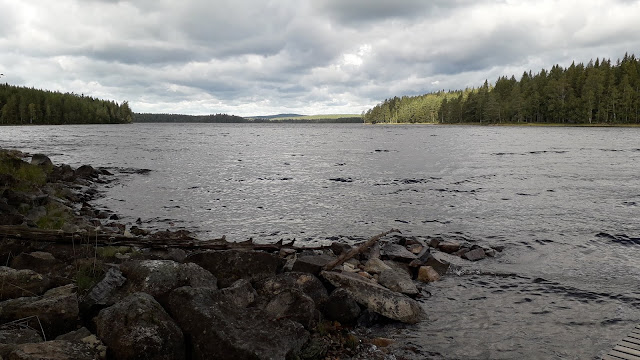 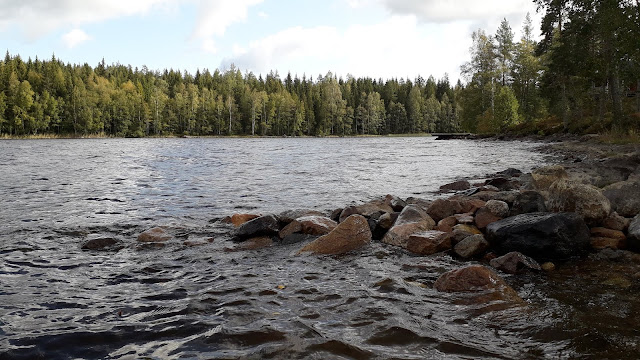 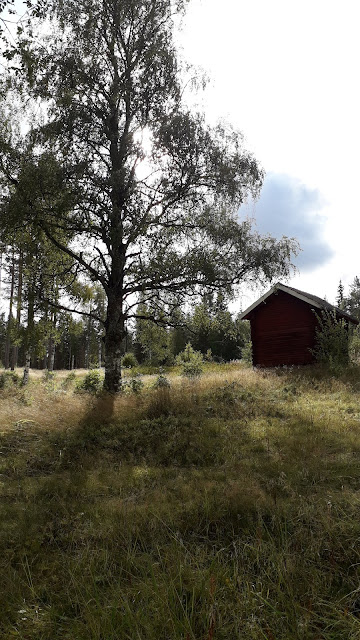 So after a short while I left again, wondering what to do or where to go.
There is another area nearby, one that I had never visited, despite living near for almost 7 years! So I decided to go there instead. The place is called Trylämnet and is rather popular during summer. Now the summerguests and tourists have vacated the area and I had the entire area to myself. I drove up the forest road to see how far I could go, but at one point I decided to stop. It just kind of looked inviting. As I left the car I noticed a path going into the woods, which soon disappeared downhill. I grabbed my gear and followed it and within minutes I was at another, much smaller lake. The spot is just perfect! And I knew I had found a new spot to come back to. It just felt right.
Right at the lakes edge there was a fireplace that had been used before, but by the looks of it not recently. Here was were I was going to have my lunch and coffee! There were plenty of spruce around, providing me with dry wood, despite the rains of late.... and last night.... all of last night. I discovered something I was not to pleased with; someone had left 3 makeshift fishingrods leaning against a tree, complete with hooks, weights and lines, but this was so old that the lines had become overgrown with moss. I dislike stuff like this. The wood will rot away eventually, leaving the lines and hooks for an animal to get trapped in. I disposed of these traps by burning it all. 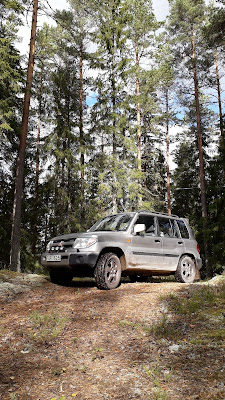 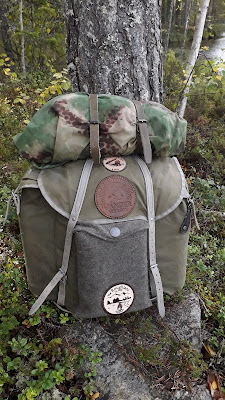 I started by gathering firewood, which actually were mostly the lower branches of said spruce and got myself a fire going. The strong winds made me burn through that wood at an alarming rate! So more forays were needed to keep it alive.
One thing I must confess to, is that I am a neatfreak, when it comes to campsites and gear. I can get, and always do, really annoyed by campsites where gear is strewn all over the place. So I always make sure that when I am out there, things are tidy.
I also want to show off my altered anorak.... if you don't mind.

I have dyed and redyed the thing about half a dozen times, the last time adding green with the warm batik-method. But I wasn't satisfied. It looked to pale. So I added dark brown, using a paste that can be painted on, breaking the paleness. 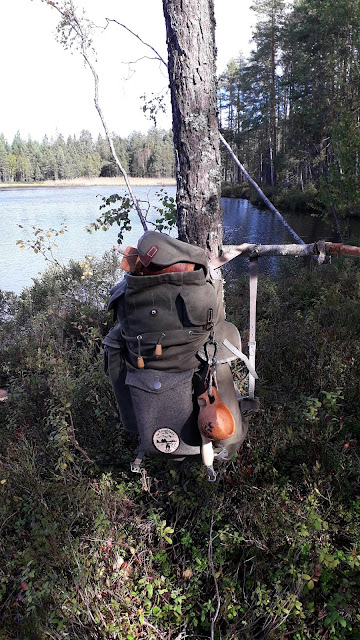 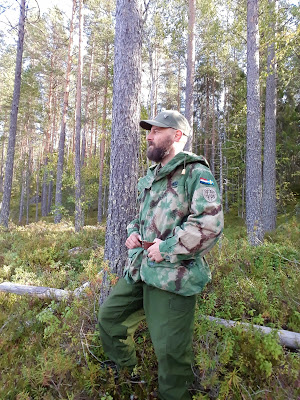 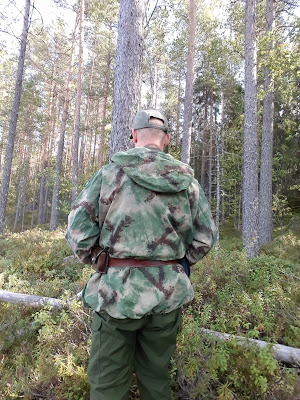 I had also planned on doing a gearreview on my backpack, doing a test with signal colours and their visibility in the woods and wanted to explore the area more...
But I ended up staying at the spot, fiddling around with my cellphone camera, eventually just settling down, having coffee, sitting close to the fire and observing that.
I just sat there, watching the angle of the sun change....

It is magical, hypnotizing and alive!!

But all good things come to an end. I doused the fire die down and when the very last of the flames extinguished I threw water over the hot embers, watching the steam follow the path of the smoke, said my thanks and headed home.
My head is clear again, my body feels grounded again. 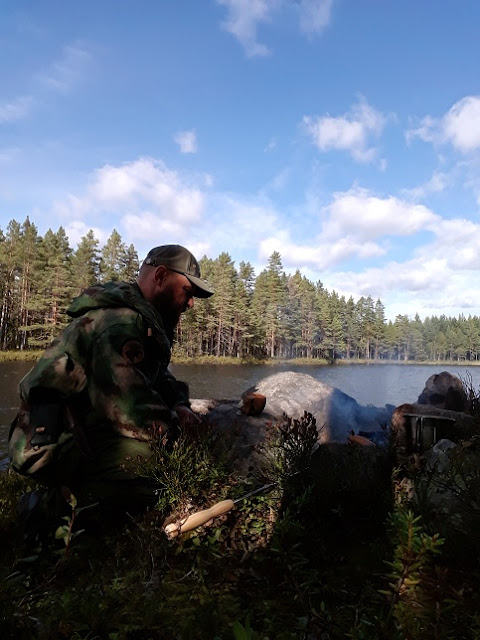 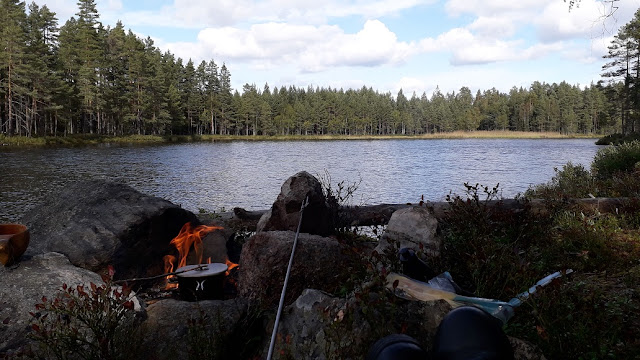 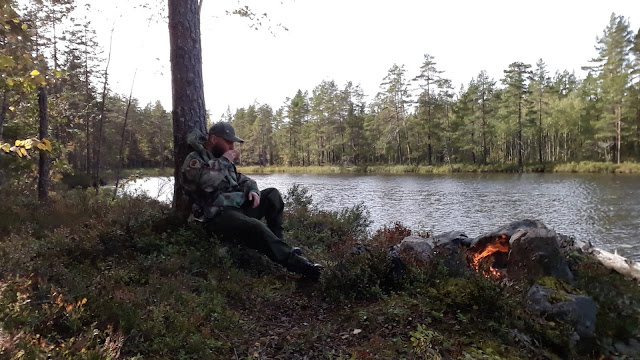