A birthday very much to my liking!

Last weekend, sunday 13th, marked the passing of my 48th birthday and since it was the only day off in a 10 day workingperiod I wanted it be well worth my time. So I invited the members of our outdoorgroup. What better day to spend a birthday with friends? Well, I figured out in the open with some hot food would be real nice and we could do that at the charcoal kilnsite.
The saturday before I drove up to the location to see how the road in was, because of a passing storm and snowfall in the days/weeks before. I also brought the dogs to walk them there. Y'know 2 birds with one stone and all.... The way in did not go entirely as planned. The road was covered in thick, fluffly snow, making it feel as if I was driving through whipped cream. No footing or traction at all and in one curve, a very slight right one going equally slightly up hill the car just went its own way. At a very slow pace it just slide straight ahead, right into the ditch, no matter what I did. So there I was; stuck. With 2 dogs in the back and no tools. Nothing but a wooden beam. On a narrow road. Goddamn! So I set to work with that beam, using it both as a shovel and board to drive out of the ditch. After much shovelling, spinning, swearing, more shovelling, spinning and swearing I eventually got out! Ever so gently I proceeded toward the kilnsite, parking the car, walking the dogs and enjoying the scenery and silence. 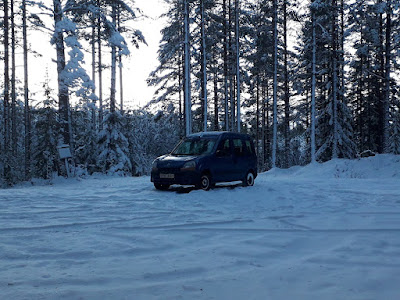 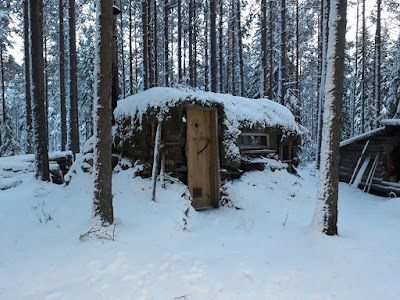 Later that night we prepared all we'd need to make some high energy food. We promised those coming in a proper hot lunch and decent coffee and I was a bit nervous, because it had been a while since I made that over an open fire. Unfortunately some were unable to attend, but the vast majority did show up and we had a good time. Lots of (gear)talk, laughs, hot food that turned out to be very well liked and even a new member to our group introduced himself and shared some of his food as well. My wife, who had come up with our oldest daughter, had baked 2 fruitpies, traditional from the area we come from and these too proved quite popular! 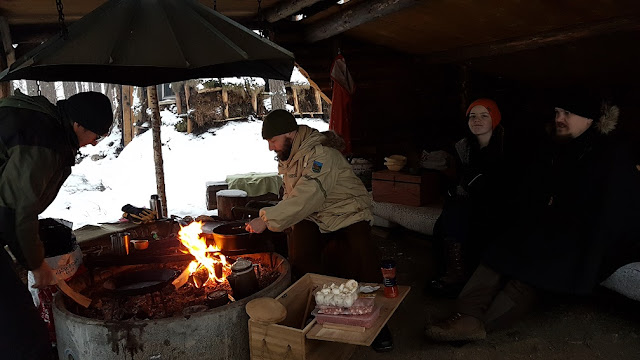 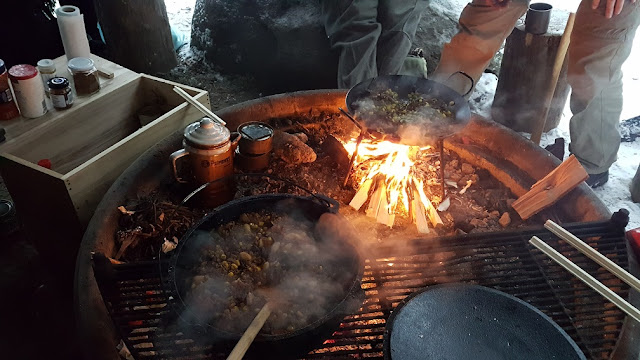 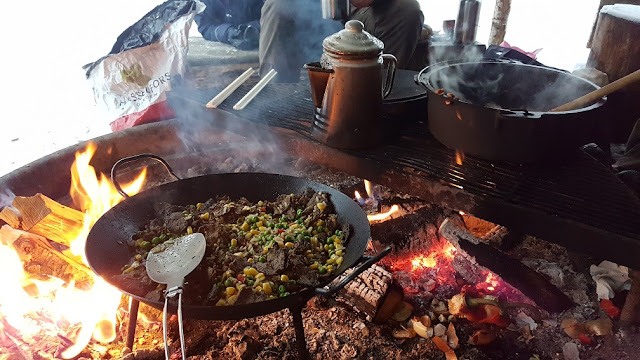 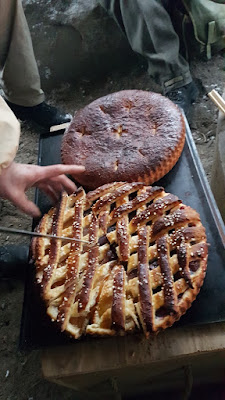 But before that I was given some presents! My buddy Marcus had promised me a splitting axe, originally intended for christmas, but now as a birthday gift, Magnus gave me a personally handcarved coffeescoop. I love that kind of thing! And then Karin handed me a flat, round package, saying I'd probably smash up the gift. I was taken back a little..... smashing up a gift? Never! Until I unwrapped it; a think slice of pine, containing a huge amount of resin! That will make a lot of fatwood for the firekit(s)! But the icing on the cake was the gift Johan presented me with on behalf of all attending; A Mora Garberg! But with a black blade with my initials, the year 2019 AND the Dalarna emblem engraved in it!!
I was speechless..... How do small kids say??
Best!
Birthday!
EVER!!! 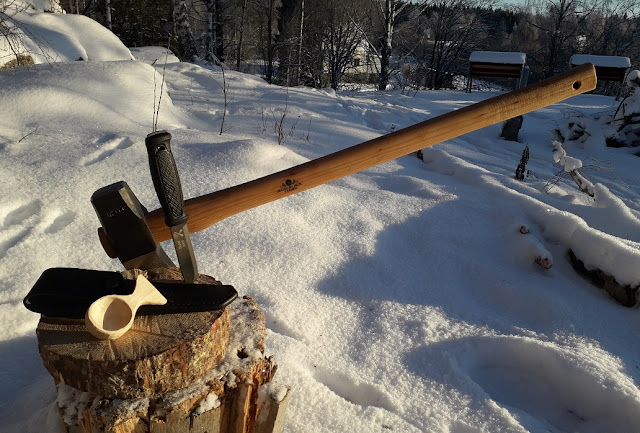 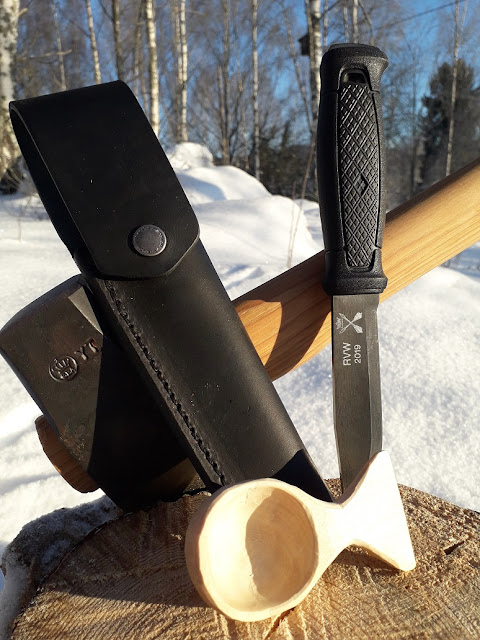 A huge thank you to all for your gifts, but you attending was the biggest gift of all!
You made this a birthday worth remembering.