The dorment homestead received a burst of new life

Homesteading has been all but dead this season, so a new addition of life certainly was welcomed!
Meet Esther, Elsa and Edith,the resembles of names with my wife and youngest daughter resp. are strictly coincidental. They are Swedish finull (finewool) sheep.
Julia, where Elsa had horseriding lessons and now takes thosehorses out for a ride from time to time, was the previous owner, but had to relocate these sheep on a short notice. She was no longer able to take care of them  in a decent manor, due to timerestraints. So if we were interested in having them? Sure, why not? But where to house them?
Our choice fell on our vegetablegarden. It had barely been used last season, so t got kond of overgrown. Next year we will hopefully be able to use one of our neighbour's pieces of land.
To create a makeshift stable, I cut out a piece of one of the walls of our garden shed, erected an inner wall and that was that... 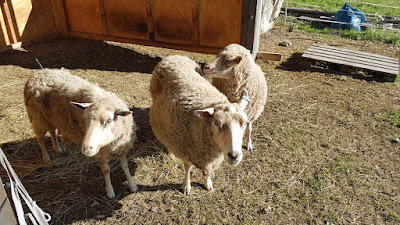 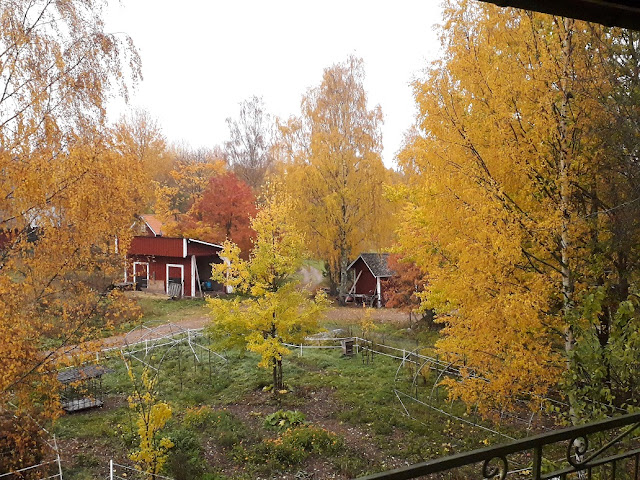 The difference between the pictures is one week and a shift in winddirection...... 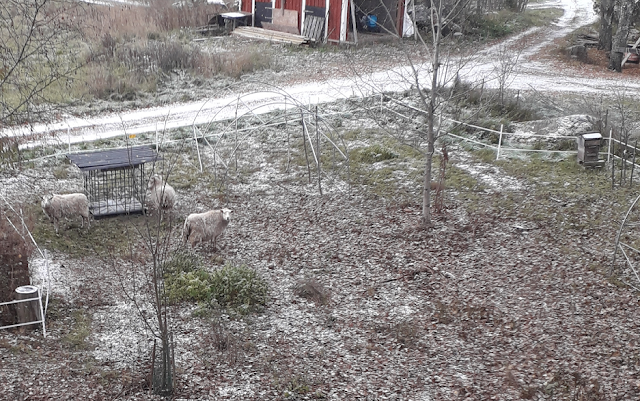 Email ThisBlogThis!Share to TwitterShare to FacebookShare to Pinterest
Etiketter: homesteading and selfsufficiency, sheep

Slowly the grey mists and dark hours of my mental discomfort seem to lift, only to be replaced by their meteorological counterparts. As I wrote before, summer has not been easy and as I often tend to do during prolonged periods of descending the mental staircase of doom, I fall back onto and into myself and forget and disconnect from that ever lifegiving source; the outdoors.
Fortunate for me there is this group we call "Järngänget", being the core group of people, left over from the days of the Swedish bushcraft community's local groups. Most of this grou have since taken a step back, or even completely away, from said community, feeling that said community no longer tends to our needs and this local group does. 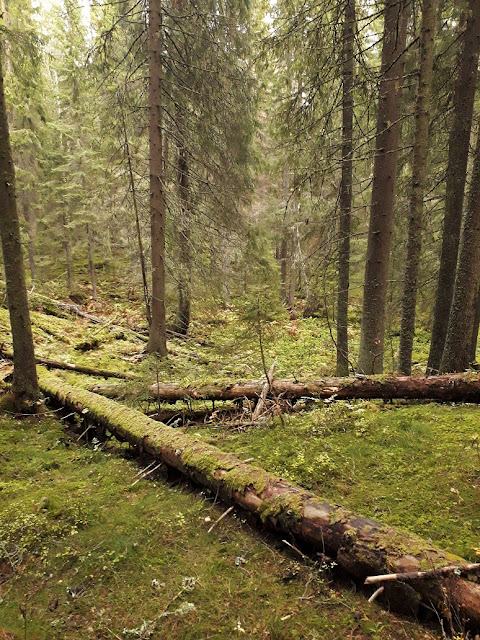 So I got a message, saying we were going to meet up and, dragging myself out of the selfcreated cesspool of abject, mental misery (God, I'm on a roll here.. ), I collected my stuff and headed out, meeting Olli at the trainstation. He had a, until then unknown to me, person accompanying him; Martin. Turns out he fits right into our little gang. We headed out to a long ago abandonned "fäbod", a remote shelter, used for housing cattlefarmers, when attending their freeroaming cattle. Arriving on the scene we were greeted by Marcus, Jonathan and Johan, who already had a fire going and coffee brewing.
Since the rest of the gang were planning on spending the night there, we roamed the area for a suitable spot and afterwards they went mushroom hunting as well. I spent my time there pretty much stationary, just enjoyig the company, surroundings and the coffee. It truly was balm for the soul. But, how could it not be otherwise, wherever a group of people such as us gathers, there is bound to be some firemaking and geartalk. And this occassion was no different. ;)
The area itself has been pretty much left to its own for about a century and it shows. Moss covers everything, dead trees standing and lying aplenty. 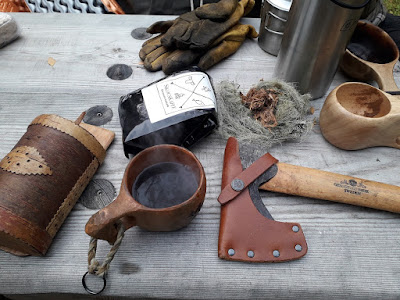 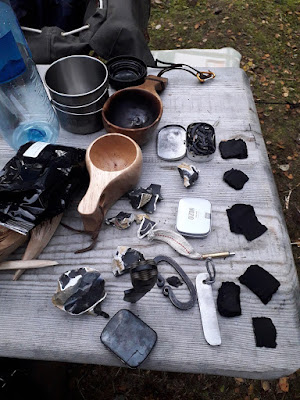 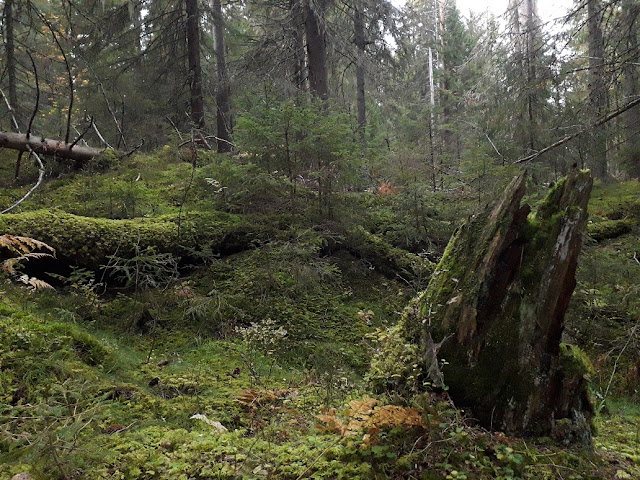 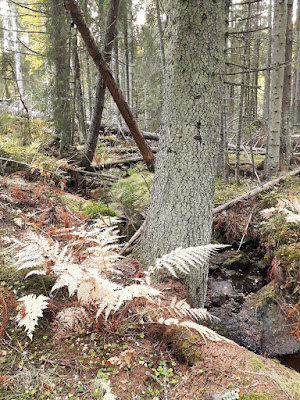 And then last weekend Olli, Martin and I were to meet again, but in different circumstances. Olli has his own company, SweTrek, and as such he had organised a forest introduction gathering for a group of international students, currently residing and studying in the area. We had people attending from the Netherlands, Austria, Uruguay, India, Syria and Korea.
We took them for a walk through the woods near campus and it turned out I did not do too bad as a guide myself. We talked about preparing and behaving in the woods; allemansrätten, what to do when lost, some tracking and looking at plants and trees. As a final they got to try a socalled firesteel, making a small fire. All of them succeeded, especially after I showed them a bit of cheating, using a tampon.
It was another good afternoon spent outside. 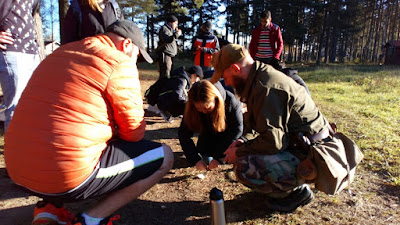 Email ThisBlogThis!Share to TwitterShare to FacebookShare to Pinterest
Etiketter: Out and about
Newer Posts Older Posts Home
Subscribe to: Posts (Atom)