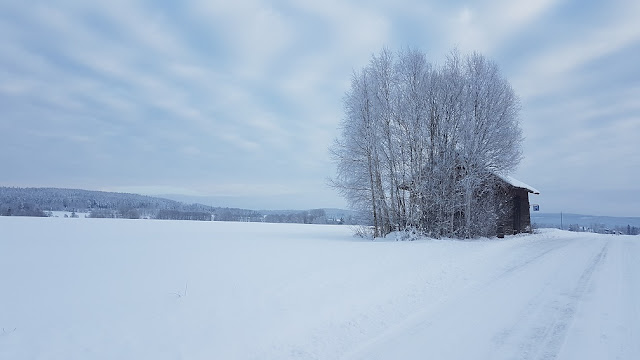 This was our place a month ago... 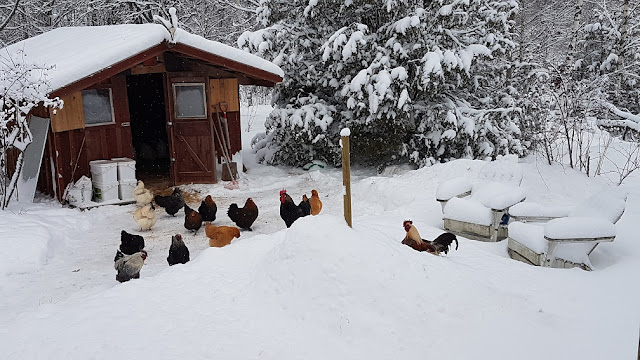 Ohh.... what the heck. Why not.
Got nothing better to do anyway. Well, I do actually, but I just can not. Even a short walk with the dogs leaves me breathless and fatigued. I have become homebound by a flu or a nasty string of a common cold, which has lodged itself into my airways, with all uncomfortable consequences. And so far only my wife has escaped this misery, our son actually getting downed twice!

But winter has been for real this year!
Like I said we had snow. Lots and lots of snow. It makes for pretty pictures and landscapes, completely transforms the landscape and since it is not really cold, only had one coldsnap down to -24C, it is quite enjoyable too. If you do not take into account all that snowshovelling we've been doing. But that's exercise during the cold months, so to speak. I had actually hoped to learn how to ski, but somehow that did not materialize. Short days, little sunlight, shovelling, heating the house, carrying and splitting wood, taking care of dogs, chickens and household AND a 25hr a week job...... leaves little time or energy to do anything else active. Next winter I will make sure that all the wood is ready cut and split, with a proper supply right next to and inside the house.
I have a feeling that winter will last at least well into march, the forecast showing cold and grey days into the beginning of next month. And I fear that as thaw will come eventually all that snow and ice will start to melt all at once. It'll get messy and wet. Well at least the drought issues will be solved for a while! 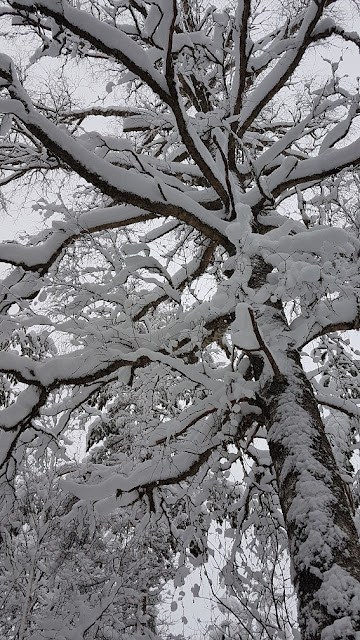 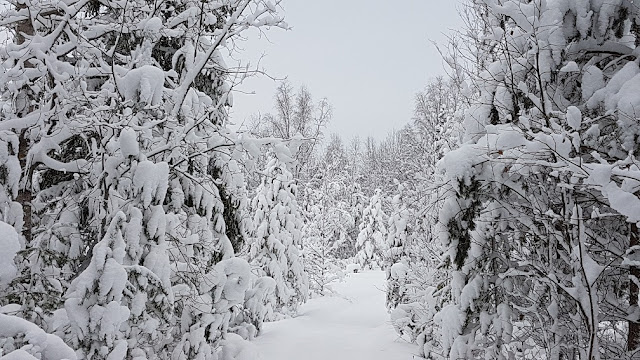 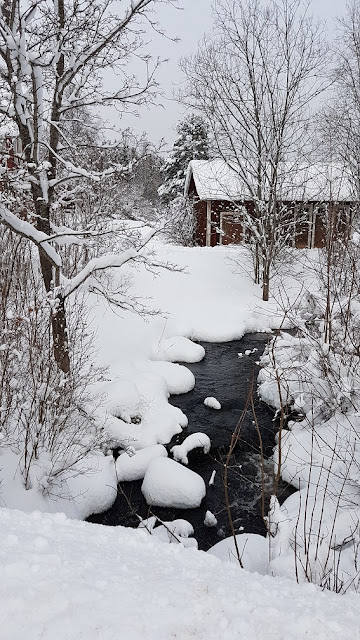 The days have been lengthening for 2 months now and spring equinox is only some 4 weeks away! But the absence of sunlight is getting to me, to us. Weather's been grey mostly, not many cold and sunny days. For the first time ever we are reaching for artificial help in the form of vitamin D tablets and these do help. But how we miss the sun!!
The birds hav started to stir. They call and flutter. It is quite noticeable after the silence of winter, but there are a lot less birds than other years. Their numbers and their flocks do not appear as big as previously. We have a couple of crows that has chosen ut garden as their residence. Our roosters keep a close eye on those two, when they come down to "feast" on whatever is left of the chickenfood, but so far the crows appear friendly. I don't mind. I kind of like them, but would have prefered ravens. Those I like even better. 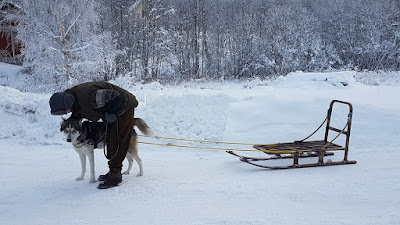 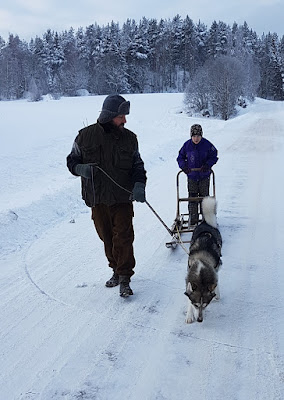 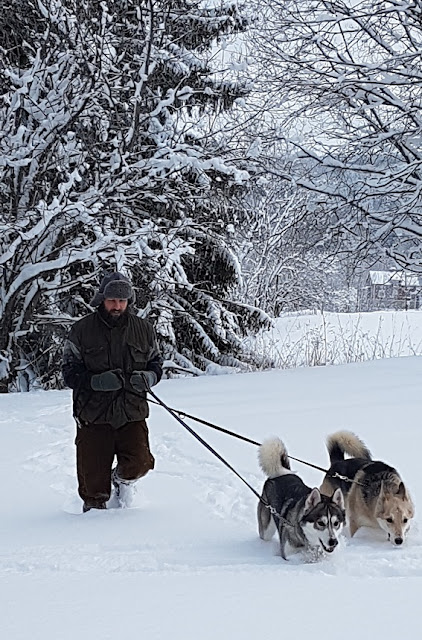 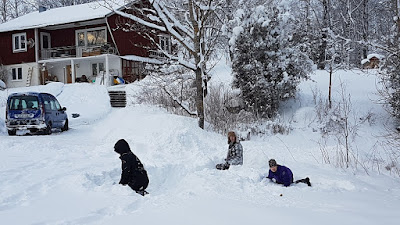 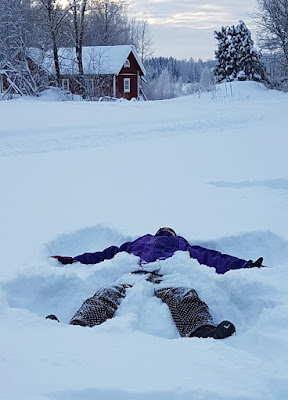 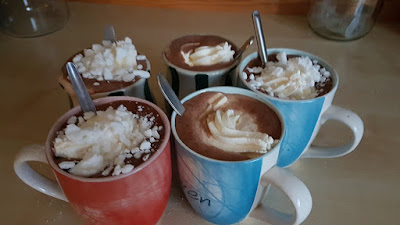 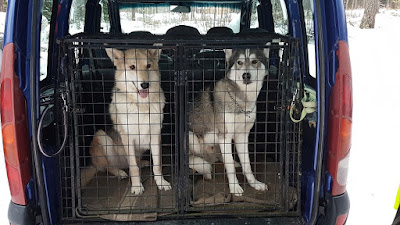 Email ThisBlogThis!Share to TwitterShare to FacebookShare to Pinterest
Etiketter: Dogs, homesteading and selfsufficiency