An update on the homestead. 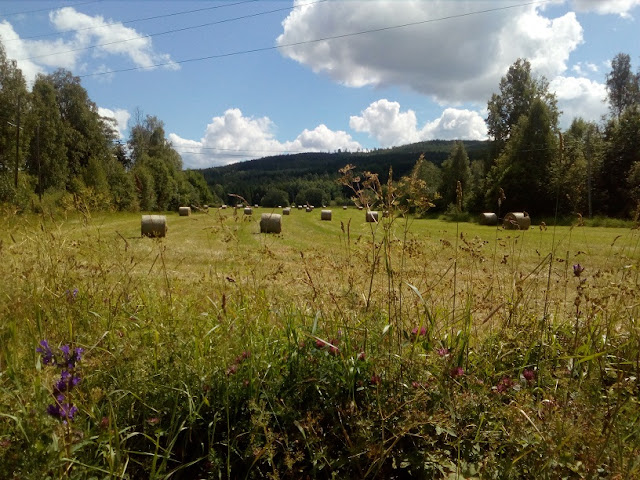 After all the heavy stuff I figured it was time for some down to earth writing.
Summer's coming to an end and the first smells of autumn are in the air. Not that it has been much of a summer to begin with, but still. The wind is swirling the first yellow leaves through the air, the first flock of geese came over yesterday, sailing the wind as they turned and headed out toward the lake. 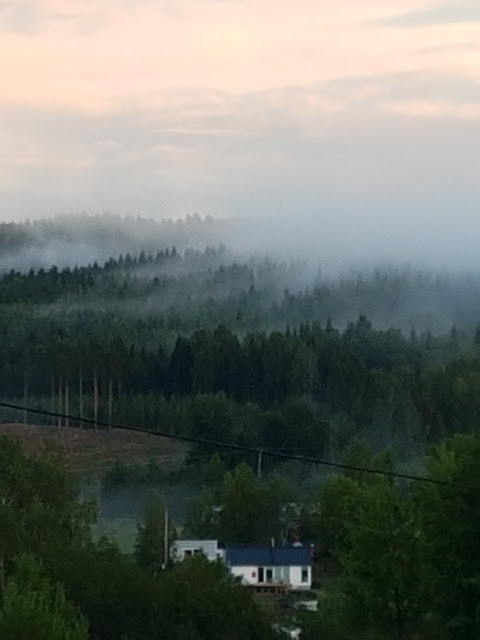 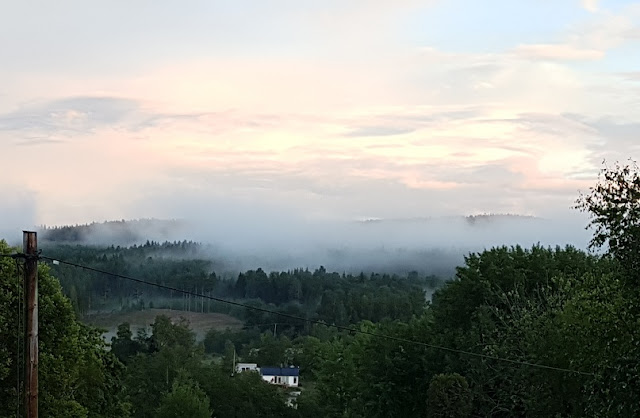 These last few days have been rich in rain, making it easier to work the soil.
I have begun to change the layout of the vegetable garden. Out with the wooden lining, which, while being aesthetically pleasing, were in the way when working the land and quite so. No more long beds, but 4 large(r) pieces. The aspen tree will mark the middle of the crossing paths for now, but all the rest needs to go. That tree looks nice, creating a patch of shade, but also lots of roots just beneath the surface and plenty of new shoots as well.

Last week I finally managed to make a (temporary) woodshed, which together with the storage next to the house should hold at least a year's supply of wood; all in all more than 10m3. For that I used 6 large pallets, which I got last year, tore off the metal roof sheets from the shed, that will be torn down anyway, and used that as roof. Feels good to have plenty of room, since there not only is a good deal of wood to be sawn, split and stacked, but we also ordered wood; dry, right length and about 10m3 of it.

A beginning has been made with the installation of a watering system. Step one means collecting water. We acquired 2 1000L-tanks and as a test I connected one of them to the rainpipe of the south facing roof. That tank filled up real quick! We had 3 days with copious amounts of rain and just that one half of the roof was enough to more than fill that one tank! When ready we will have access to 2000L of water in 2 separate, but interconnected tanks. But I also need to think of a overflow, that much became clear too.

As for our crops..... I can be pretty short on that subject. There aren't any. Well..... next to none. The continuing drought combined with the rockhard clay soil meant that the garlic remained small, the sown root vegetables are still tiny or nonexistent as I write this. Somehow we need to drastically increase the amount of compost in the soil, just to loosen it up. That means at least 1-2 truckloads.....
Besides that this year is a very bad year for berries and fruit in general. The berry bushes bear very little fruit and what they do bear, is small. And that is not just so in our garden. The same goes for the fruit trees. No cherries, no plumbs and only a minute amount of apples, which are very small. The brambles however look very promising!! They are full! Even the forest berries are not plentiful this year.
The only thing growing so far is the kale and cabbages, but the latter are a feast for caterpillars, since we did not manage to cover them in time. We did get netting, but thought we had steelwire to make the supports. Turns out we probably used it all up when making the chicken coop. Oh well, lesson learned.

Our chickens have been cause for some concern too. This year we only had one (!) hatchling, despite a handful of hens sitting on dozens of eggs. The vast majority did not hatch, we found a few with cracked shells, containing hatchlings, but nothing alive. Maybe that was due to the laying boxes being too big, so that more than one hen could get in and maybe trample the eggs? We found quite some eggs that were broken. The hen that did get the chick, Hermione, turned out to be excellent mummy-material. The chick is growing good, is very lively and very well protected!!
Anyway the lessons we learned were that we need to make smaller boxes and keep a very close eye on the eggs. We lost track of which ones got laid when, which ones broke and which ones were laid later.
We also decided to reduce our flock. Instead of the intended 2x1+9 (2 flocks of one cock and 9 hens) we will be settling for 1 cock and 10-15 hens. One reason is that the large flow of eggs we have now would only increase and we have to many eggs as it is and the other one is that our current topcock Sirius has turned into an annoying brute. He has become very audible (noisy!!) and he is anything but a gentle lover towards the hens. We also noted that Lucius, the second cock, is much more watchful and protective of hens and henhouse, chasing away magpies, where Sirius is doing nothing. 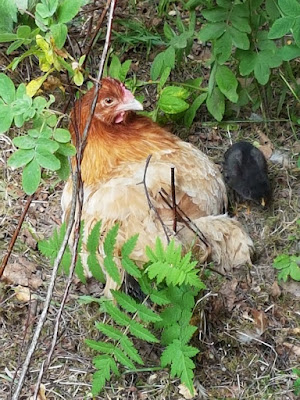 Email ThisBlogThis!Share to TwitterShare to FacebookShare to Pinterest
Etiketter: homesteading and selfsufficiency