A wake up call

This week my parents in law had some visitors from Holland, being one of my wife's nieces and her boyfriend. She hadn't been here for 5 years and he had never seen Sweden before. I hadn't seen her in 4 years and she has become quite a young lady. Made me realise how "old" I had become... He would very much like for me to show him the woods around here and we agreed to have a hike on tuesday. Weatherforecast looked good. This was a good opportunity to test my framed backpack construction in earnest. I loaded it up to about 20kg, making sure I did bring stuff that might come in handy; shelter, first aid, food, 2 water filled canteens, mess kit set, hatchet, firekit... the lot.
For him I brought the Savotta backpack with some wool stuff, like a Swedish pullover and some wristwarmers. He had told me he had trouble with cold hands constantly. I also added a thermos with hot coffee, just in case. I also strapped 2 pairs of snowshoes and 2 pairs of gaiters to the packs and they later added their food to the load.
Here I was... For the first time taking "NOOB's" into the Swedish woods... under winterconditions... My responsibility. Not only to get them in and out in one piece, but also to show them our world and let them enjoy it. I looked at all my plans and went for the simplest one. In hindsight a good call.

She decided to join us and I took them to the traditional site for our family, the place where it also all began for me.
The trip towards the lake was quite uneventful, although the weather did not play along. It was grey instead of sunny, temperatures were freezing instead of being plus and there was quite a bit of wind... They wanted to take pictures with the cellphones, but that did not work. Not with mittens and all. So I showed them my nosetrick. I learned to take pictures using my nose on the cellphonescreen. Saves a lot of fiddling with gloves and such... even if it isn't the most charming way to do it.
In between the trees we were fine and we did see quite some animalsign; the usual suspects like fox, deer, moose. But also some large doglike prints. Big, spread out toes, shallow, long stride and in a straight line. They did not follow a track or path and there were no human signs. There had been no one there for a few weeks. We also found big mooseprints, some 20cm across at least and, a first for me, capercaillie. Large prints too, around 5-7cm per toe.
I heard him whistling on occasion and it dawned on me that he was trying to break the silence. For city people used to having noise around them constantly, the silence can be overpowering, even menacing out here. So I asked them in a joking manner if they would like to hear something that would scare most people today. They wanted to, so we stopped and I silenced them.... We listened intently... And there it was.... silence.... nothing but the wind in the trees.... No man made noises... nothing.... and he got it. He acknowledged he made noise to keep out the silence.... After that she did try out the snowshoes and liked them. She was surprised at the float of them, especially after he stomped around next to her without snowshoes and sunk down to his knees. Unfortunately her shoes were too small for the bindings, even after I added more holes in the straps. Her toes came loose.
Down at the lake it was a quite different story. It lies at the bottom of a large bowl, trapping the cold and there was a strong wind blowing in, while it was freezing, which made conditions quite unpleasant. I hung up a poncho as a makeshift windshelter, but it ballooned like a ship's sail. I tried to light a fire the "right" way, doing all the firepreparations as usual, but I ended up cheating.... by using a good dose of fuel from the messkit ( a failsafe measure) I had brought along. It wasn't really cheating. It was a shortcut. We needed the warmth of the fire. Turned out the wood I was using had gotten wet at some point and was frozen, regularly engulfing us with a biting smoke. In the end we succeeded heating up the sausages we brought, so we at least had something warm to eat. But it did take a while. Not until I got a bed of coals did the fire produce enough radiating heat to warm the meat... including our own. It simply blew away, often with flames blowing horizontally. In other circumstances I would have relocated immediately, but the options here were limited.
From the corner of my eye I saw her shiver and becoming pale. Her clothes were inadequate, despite the ski overpants she was wearing. They might serve the fashionstatements in Holland and probably keep her warm for a short while when going from vehicle to building, but out here... Good thing I did bring a thermos with hot coffee....
My own fingers went numb quite fast, despite knitted finger gloves (not much use in high winds anyway) and I couldn't help but thinking that it started to resemble an emergency situation. Not that it was in any way, but the ingredients were there. When we had eaten I asked if they wanted to leave and she quickly, without hesitation said yes. So we packed up and headed back. The going uphill was a little tough for me with the deep snow and heavy backpack, but it got my blood pumping and I quickly warmed up, even to the point where I started sweating by the time we reached to forest on the top of the hill and after a short while we were all warm and cheerful again. Yet somehow the trip back was more quiet than on the way in.
On the way back we occasionally had to go downhill for short stretches and on many of those the road was covered in ice. A thick sheet of ice that looked like polished and on one of those stretches the wind caught me and simply blew me away. I was standing still on the ice and I just moved!!! A weird sensation.
When we made it back we talked a little more and I had asked him if he was allowed to purchase own gear when in the military. I advised him to get some decent wool socks and gear, when he would go out in the field and explained why. He had also tried the Swiss gaiters and I advised him to get a pair. They're cheap and greatly enhance comfort in wet circumstances or in deep snow and increase durability of the pants in rough conditions and undergrowth. The Swedish pullover had kept his hands warm, thanks to the part that goes over the wrist and thumb.
I must admit that I was also feeling quite smug of myself.... being able to keep up (while wearing a 20kg backpack) with an 18 year old and a 17 year old, who's being trained to join the military soon. Some sort of introductory year..

Later this week they visited our place and during the conversation he mentioned Bear Grylls... and that he liked what the man did on tv. I looked at him and said that if he liked that he should try looking at or reading some guys who really knew what they were doing without false pretences. I showed him Ray Mears' Outdoor survival handbook, Elssworth Jaeger's Wildwood wisdom and Mors Kochanski's Bushcraft. More about those; here. He couldn't keep his eyes out of those books! And he took them with him to read them some more for the duration of his stay in Sweden. They already decided they'll be back this summer. I have an idea of what might happen then... Something might have been awoken there..

There was something that did strike me during that short hike this week... And also during later conversations.
We talked about the things that are on our minds, including my in-law's, these days... Y'know.. about what's wrong with society these days, the omnipresent suppressing power of commerce and our financial rulers, the lies and deceit..... and all I noticed was a blank stare... I must have sounded like a rambling geezer!!  I was taken back a little... They had no clue! At first I credited that to their youth. After all they are still very young and no one had taken the trouble of telling, showing them. A product of today's educational and social standards. But then I sort of clashed with some others online... adults. Seemingly educated ones. And for me it was clear that they lacked any knowledge about or understanding of it all, too! At least from my point of view.
This made me realise that it is not for the many that the truth, whatever that maybe and in whatever guise or quantity it may come, will become apparent.
But on the other hand....
How do I or we explain to them in a short amount of time, what has taken many, many months to learn ourselves?
How can we point them in the right direction, when many of the sources that taught us may have been gone or forgotten long ago?
How do we spark their interest in these matters?
How do we motivate them to go on a search, a quest for themselves, when what they will eventually find probably will scare them half wittless? 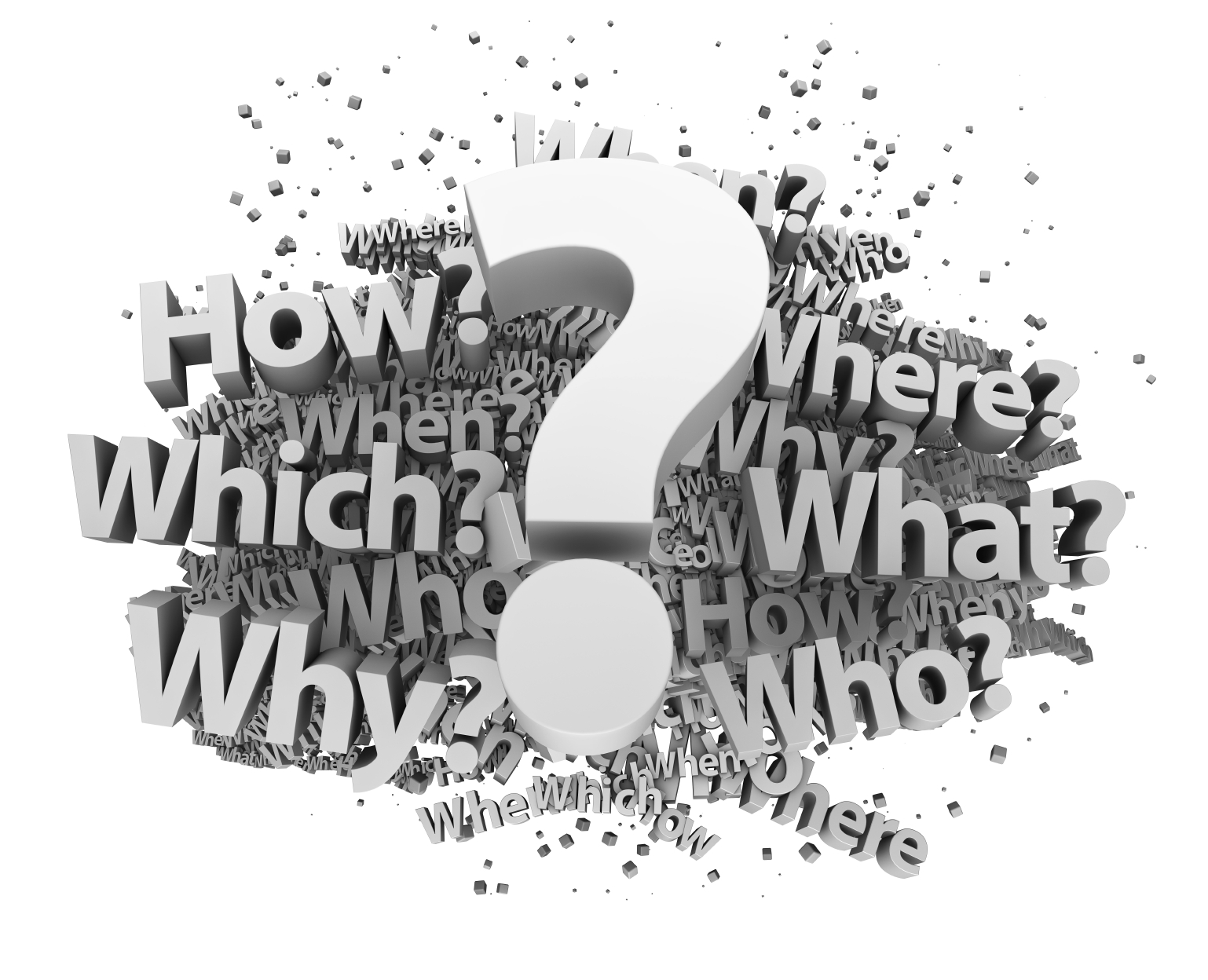 I said it often, there are many who do not, can not or will not see it, but now the real meaning of that hit home... Many are beyond help or reason, by choice or simply incapable. Or at least I thought they were.... Maybe many are simply kept in the dark too well and we need to open a door for them, so light comes in and they can go out and explore for themselves or find other doors. All we can do is to show them what we learned or think we have, shake them up a bit and maybe... just maybe someone does receive a wake up call. It probably will mostly fall on deaf ears and those who own those ears.... well.........
But there are those who will listen if we are willing to show them and they might not understand at first, but with time and maybe some guiding they just might.
Upplagd av Ron kl. 12:09 PM