A German-Swedish alliance..... plus Swiss extras!

The construction of my German-Swedish rucksack was done in rough lines. Now came the adjustments, details and finetuning! 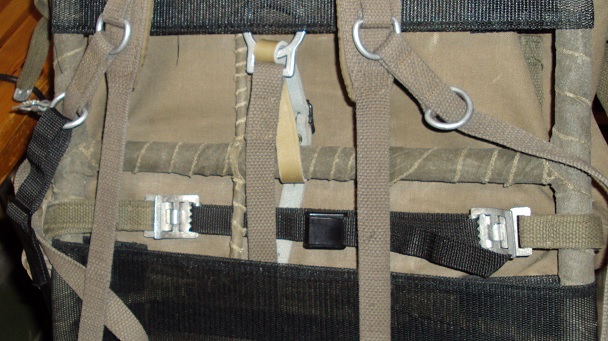 First I needed to make sure the rucksack would stay in place and not bounce about, slide down or otherwise show unwanted movement. This I tackled by adding a strap between the lower cornerattachmentpoints and tightened that. I then added a leather strap between the lower crossbar and the lower leg of the carryingstraps. Those are shaped like a "Y", hence the name Y-riemen or Y-straps. Same system as the Germans used in WW1 and WW2. Now the pack could no longer move from left to right or up and down. The leather strap makes sure the shoulderclasps remain on top of the topbar.

Next issue was the wastebelt.
Now that caused me some headaches... How to fix that? Previous attempts with the belts I had proved unsatisfactory. I was already eyeballing some German army webbingbelts that go with this system and all the while the answer was staring me right in the face. Literally!! My selfmade winterbelt with the Swiss ammopouches. At first I dismissed that idea, thinking I needed/wanted a belt with a quickrelease buckle. But then I started thinking :"why?".... Why would I need to buy something new.

Just because I wanted that quickrelease? Do I really need that? Answer was :"No, not really". So why not use what I already had? The pouches had D-rings at the back for just that purpose! But these turned out to be incompatible with the German hooks. I needed square hooks, no D's.... But didn't I salvage some of those square ones in the past? Lo and behold! I did; 3 of them...in exactly the right size too! So I removed the original D-rings (needed a big set of calipers to cut them open. Tough as nails, I tell ya! Real Swiss quality!), bent the square ones open, slid them in place and closed them again. Snug fit!

And if I am not using those pouches I still have the original beltfastenings and they fit my belt as well. The belt's a bit narrow, but that doesn't matter too much I think.
Things were starting to come together now... 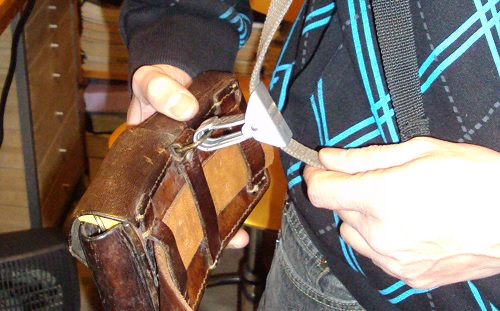 All I needed to do now was to testfit the pack and start to adjust the several belts and straps. Which incidentally is quite easy with the ingenius system the German developped. You can adjust the straps, while you are actually wearing the gear. By bending open the clasp you loosen the clasp from the strap and move it up and down as required. Bending it shut jams the strap in place. 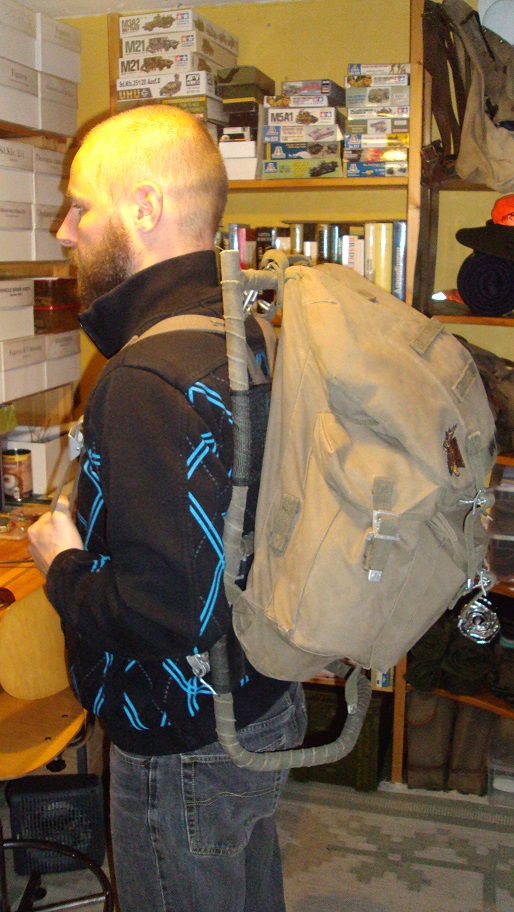 The black webbing bands rest on the shoulder blades and on top of the pelvis, making it quite comfortable to wear.
The backpouch remains free even with a loaded pack.

In the righthand picture I still needed to adjust the leather belt.....

.... as you can see in the next picture. The sternumstrap is a simple strap fasted on the right side and is easily hooked onto the left side. Coincidentally that length is equal to the length down to the ammopouch eyelet, so when not in use I can hook it in place there. 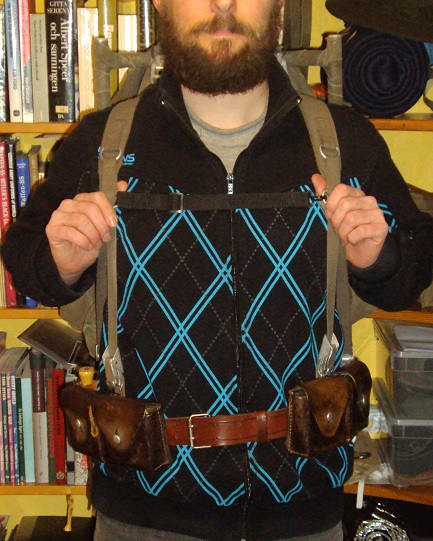 Well, there you have it; a German rucksack with  Swedish frame, Dutch wrapping and Swiss pouches. For good measure I added the Norwegian shelter Skaukraft gave me when he visited me, fastened with Czech leather straps. 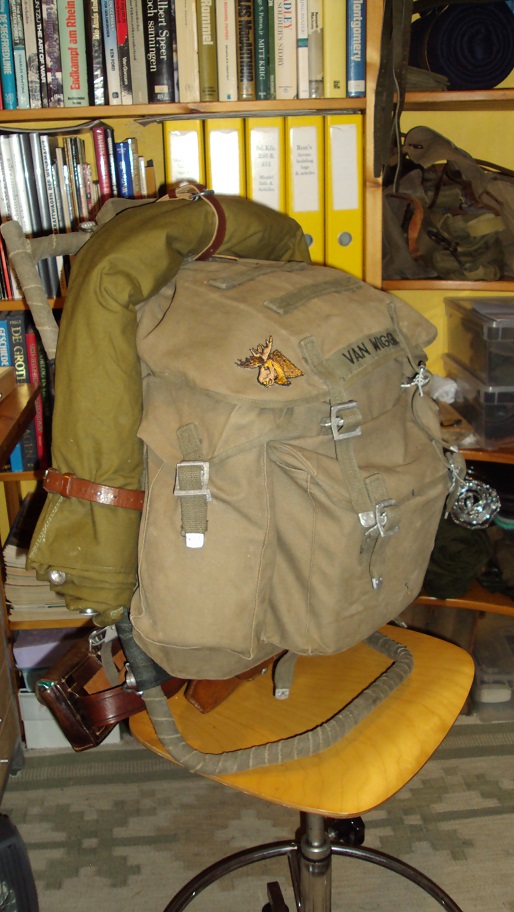 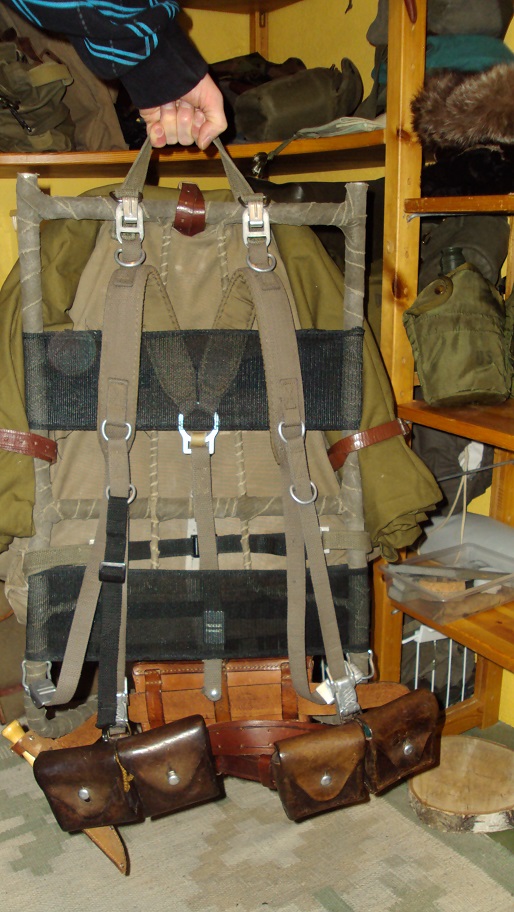 Email ThisBlogThis!Share to TwitterShare to FacebookShare to Pinterest
Etiketter: DIY or Do It Yourself, Gear and stuff, German Swedisch framed rucksack