A "grande finale" to a great summer

What an absolutely marvelous ending of 2013's "never ending summer" we had!

Last weekend was another one to remember.
After I had been busy harvesting (more sorting) potatoes, I was beat. Haven't felt more tired in years... Of course this was the weekend we were called by our friends and asked to join them at the charcoalkilnsite for some fun, socialising and camping. I would rather have stayed at home, doing nothing and seeing no one, but that wasn't going to happen. So saturdaymorning we packed our gear and food, shoved the kids in the car (who were just as tired and just as cranky as I was) and we went anyway, all geared up and "chearfull" for that "fun"-weekend.....
On location it turned out that there was a "crowd" already; the friends that called were there and another family, who we know from the scouting and who's daughter is friends with our oldest daughter. While we were setting up camp more joined us. All through the afternoon people came and went, but most stayed for quite a while. The crowd grew, the atmosphere kept improving and so did our moods. All in all 7 famlies with kids spent the night there and that meant that a lot of cooking and grilling had to be done over that one fire... That in itself was a goodmoodbooster!
Big surprise was our local blacksmith turning up with his kids, and whom's daughter is also friends with our daughter. He started unloading and setting up his mobile forge and anvil!! This way anyone interested could try out some forging themselves! 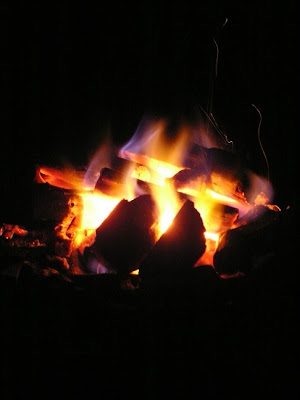 I must admit that, allthough I did watch others, I skipped wielding the hammer myself. Since we were so many and so many brought food and drinks and I must admit that I had a few to many. Instead of hammering I was on the way to become hammered, but I hit the brakes in time! We had tons of laughs before we turned in for the night. My wife, son and youngest daughter spent the night in our popuptent, but Annalena, our oldest daughter, spent the night true outdoorstyle; under a tarp! Together with 3 other girls she slept well away from the main camp (about 25 meters further into the woods) and some dads were saying they'd be back within the hour. Much to our surprise they stayed out all night and slept well!! Proud of my little girl!! 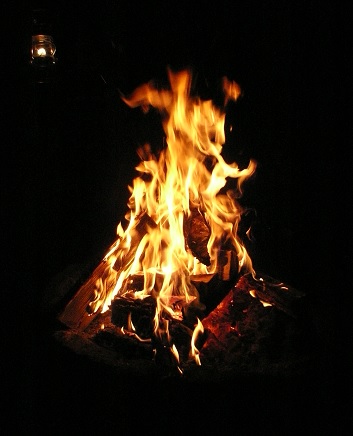 The next day our youngest one woke up at 06:20 and wanted to go for a walk. Since mum promissed her to take her to the viewpoint the night before......
I already was awake too, but had slept solo (or tried to), using wool blankets. That would have worked perfectly.... if the forestfloor had been a bit less uneaven. It resembled a miniatureversion of the terrain, but that was hidden underneath the carpet of lingonbushes.. 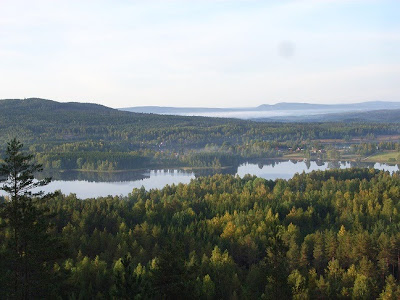 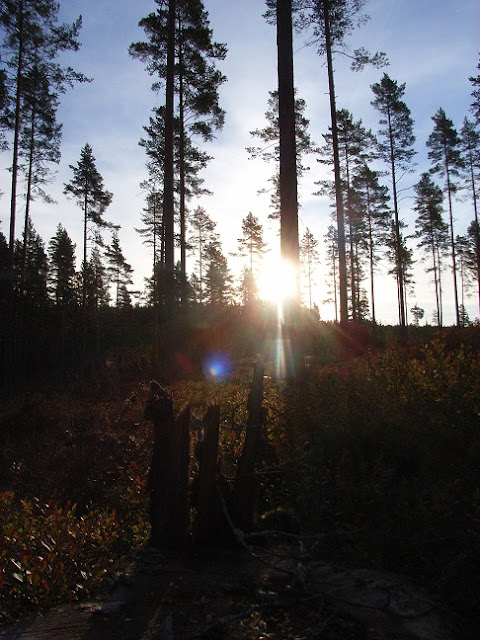 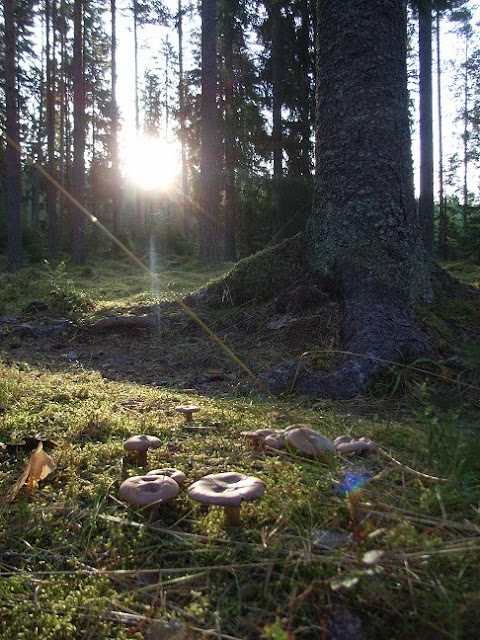 An overnighter in the woods needs to be followed by a decent breakfast. Traditionally that means oatmealporridge..... but I went for a "full Irish"-breakfast; bacon, eggs, mushrooms, sausages, toast and coffee. I missed out on the tomatoes and potatoes... 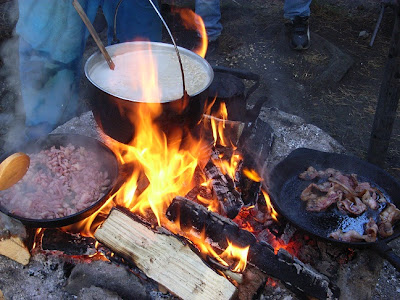 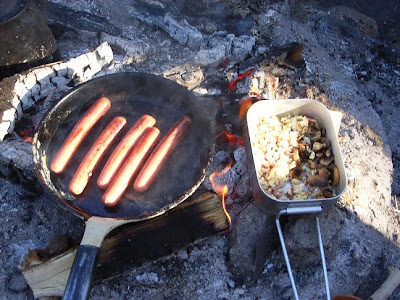 In the morning most of the campers packed and left after breakfast. That meant those who stayed had the opportunity to try some forging. Erik, the smith, had demonstrated a sort of bottleopener, with some curls and twists. I was eyeballing another piece of metal, envisioning a vikingstyle steelstriker. That didn't work out, mainly due to inexperience and lack of time.
I did find a strangely shaped bar which had been split at one end and I worked with that instead.


As said my wife did make a bottleopener and I made a grillfork, resembling a pitchfork, both in shape and size! At the end there's a hook, which can be used as a bottleopener as well. Our smith called this a true multitool....
He had brought 2 bags of last years charcoal, just to show the kids that that stuff isn't just used for grilling and barbecueing.

We also spent some time berrypicking. We haven't had much time to do so this year, but we really wanted to have a taste of the forest too. Together we picked a small bucket with a mix of lingon and blueberries. 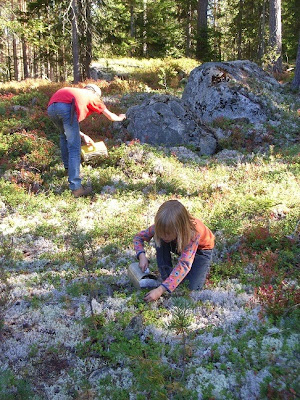 It was such a wonderfull warm and sunny day, that we almost forgot it was actually autumn! It seemed just like a summerday and later that afternoon, when we were home, we received a phonecall. One of our friends was asking us if we wanted to join them for an late-afternoon-splash in one of the lakes. It would probably be the last time this season, so we agreed.
The water resembled the temperatures of autumn more than we expected...... 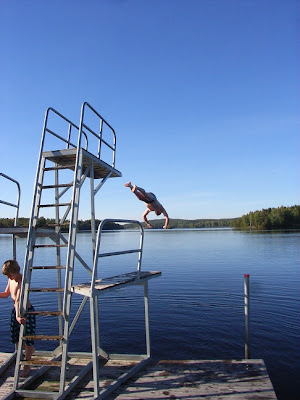 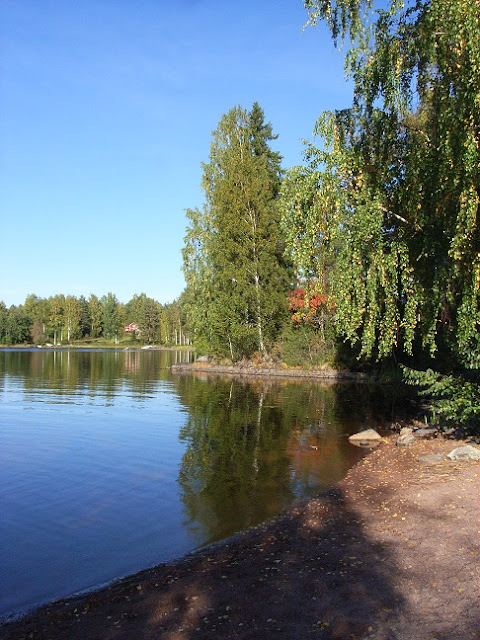