Well, despite earlier notifications i DID get out again, yesterday. After quite a busy week, my wife, in her infinit wisdom, decided I needed to get out and when she has made up her mind, she can be very persuasive.... In order to keep a harmonious familylife and homesituation I submissed myself to her will, made that large sacrifice and went for a sundaywalk.....

I showed some of the miningholes in the area, but this time I was able to get to the very edge of the biggest one. What a chrystalclear water it contained!! I was able to see down for a meter or 3, befor the edge plunged into the deep. I thought it would be devoid of life, but there was plenty of that to go around. many aquatic plants had found their way here and there were numerous insects. No fish, since it is an isolation body of water.
The clarity probably comes form the hole being fed by water from below, which means filtration befor it gets in and no contamination from surfacewaters. 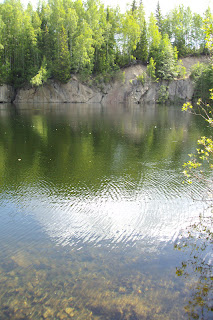 While I was looking at the waterhole, I heard a bird call up above me and knew I had company; a couple of birds of prey. The drifted across the sky and one of them kept calling and circling above me. Even when I entered the forrest, he/she kept following me, riding the "waves" in the sky. There were gusts of wind, which it used to hang still and sail away afterwards. It even came low enough for me to take decent pictures with my cybershot-thingy! 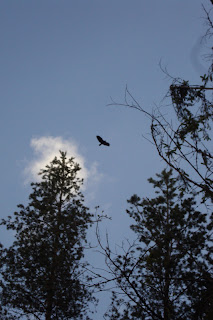 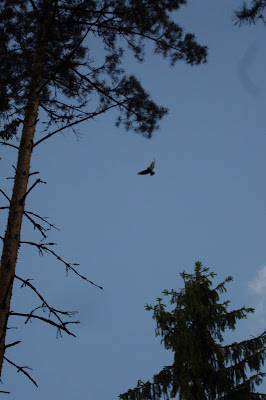 It was warm and initially I struggled with the warmth. Going uphill over rough country, packed up, no wind, temperatures around the 20's in the shade.... There was one wet spot on top of that hill; me!
But I needed the exercise. My overall physical condition and endurancecapability do need to be enhanced.
﻿

My way led me to one of the smaller lakes in the area; the one I visited last autumn, too. Although it has been dry lately the level of the lake did not seem to be affected, so i think it is fed by groundwater. I found all kinds of plants and flowers, many of which I do not know.... yet. 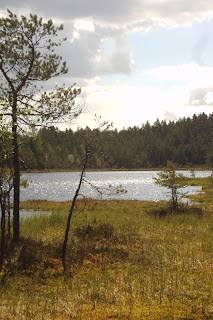 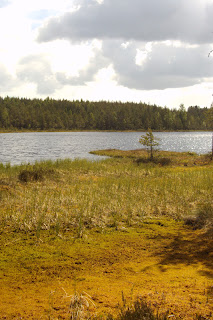 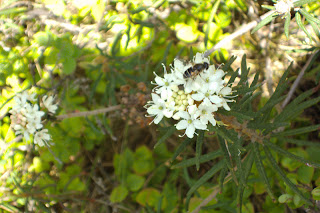 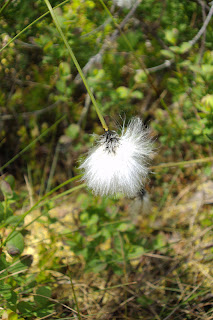 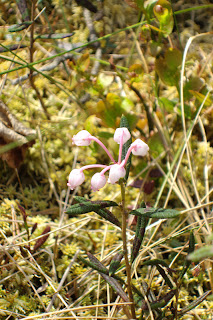 By now it was getting around lunchtime, judging by the odd growling noices coming from the abdominalarea, so I went for higher ground. There the ground was a little drier.﻿
For this trip I brought my Swedish messkit with me. I did not want to take any chances with open fire under the given circumstances. I do not want to think about the consequences, if all the dry material around me would catch fire!
I also brought it, because I wanted to try out a few things. I could do this at home, too, but this way it's much more fun! I wanted to boil some eggs, instead of frying them as usual. I did include a potgrip with my set, but never used it and I also wanted to try the top/fryingpan as a lid for my cooking to see how that would work. In hindsight I can say that I am starting to see the potential of this set. I need to work with it more, but I think I might start to like it well, after all.
﻿

Coffee from a plastic foldable mug does not taste as good as from a wooden kuksa. That's for sure!
The lid worked great. There was enough spareroom left for the steam to escape, instead of build up, I could still handle it's handle with my bare hands and I can see how I could warm up additional food in the top, too.

﻿
The pothandle works great for handling the heated metal during and after cooking and with the bottom of my small "kettle" a.k.a. Dutch army canteenmug the burner is quickly, easily and safely extinguished, so it can cool. That does take a few minutes, though!
﻿ 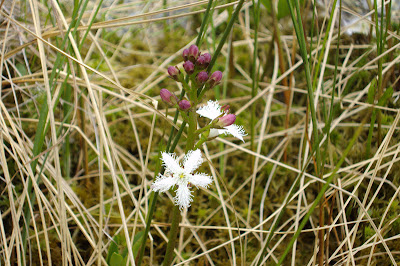 I really hoped that I could spot some Loons, called Storlom here, because I had seen some in another nearby lake a couple of years back. The calling of this bird has something about it. It is eery, melancholic, ancient..... wild! Unfortunately the lake remained empty.... untill I had finished lunch, packed up and headed out, following the edge of the lake. For some reason I stopped a while later and turned around and look..... there in the distance..... Two very low, but very recognisable silhouettes  in the water. There they were, a couple casually floating about. They did not make a sound or much movement, just gently floating, occassionally showing the white undersides...
I was thrilled and enchanted and stood there for at least 15 minutes, watching them. Boy, was I glad I brought my binoculairs this time!﻿
﻿
﻿
Since there was not path there I had to find my waythrough the forrest, using my compas. Trudging through the low undergrowth and berrybushes I scared several birds out of their hiding and found some other wildlife, too. My tickcheckroutine paid off! 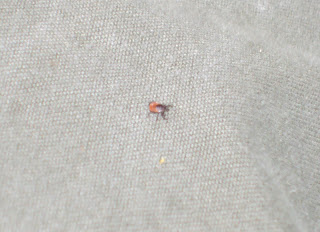 
﻿
I somehow got off course and headed far too much south by southwest, instead of south. I did get to the road I knew, but I was heading for the larger lake nearby. I did not want to follow the road, so I turned back into the woods again. This took longer, but was much more fun! 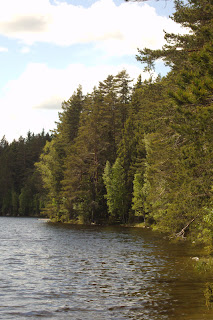 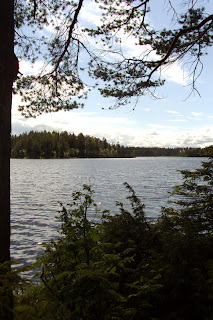 ﻿
Here's one for all you officedwellers and others stuck to home and work; feel the sun shine down on you and warm your skin, Smell the warm pineresin as it fills the air with that heavy and sweet sent. Feel the breeze coming up from the lake and refresh your senses.
If there is a heaven, this is it..... to me. 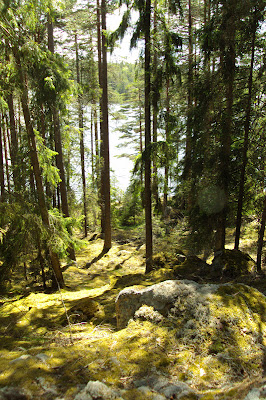